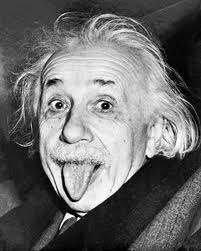 Hi E - sry i have only just seen your mail.

A few people now have said that this event is not recent. It is recent and here is the proof from  Intelhub showing the Daily Mail date of publication - http://theintelhub.com/2012/07/30/50-police-officers-arrested-in-child-porn-raids/

Operation Ore, which these police arrests are part of, started in 1999. They are merely part of an ongoing operation. This guy, Ronnie Barkers son, was arrested in 2003 but fled abroad to be done the other day:

As the police look really bad they took 13 years to release it, i believe. Pete Townshend, of The Who band, as u recall, was on that list of paedos. Who knows if that was true as cases exist of wrongful arrest etc it now appears. Back then i guess it was possible to fake id's easier than it is now.
There by the Grace of God go i.
All is down to Jesus Christ, as He is helping us when we need it - i am just a spirit carried in physical form. Which is another subject Sitchin ,were he alive, could tell us about if one hasnt seen what he tries to say.
Do you think God would make a body that is not prone to disease etc as humans are? That would create a baby that would die on its 1st day on earth thru a complicated illness as happens?  For the baby is not capable of wrongdoing as it is less than a day old when he/she dies yet is robbed of sacred life, as God says life is sacred, or says it thru Christs teachings. The human body clearly has bad faults, and its a gamble if one even dies normally these days.
No, surely God would do a much better job of making a vehicle for His spirit. Dont you think the human body couldve been created as the Sumerian tablets tell? By Enki and Enlil etc - the Anunnaki who lived a long time ago - 6000 years? http://www.bibliotecapleyades.net/sumer_anunnaki/anunnaki/anu_1b.htm

We have proof that civilisations were here long before that too - Atlantis, Lemuria {pre-Atlantis}
http://en.wikipedia.org/wiki/Lemuria_(continent)
and more, including the Nephalim/Bene Elohim. The results of the Elohim {Watchers} mating with the women making Nephalim {giants} was destroyed because of its corruption etc and by acting as the angels did who fell - they were deprived of life by God because of wickedness that God would not tolerate. The Nephalim and all, including the animals were destroyed via the flood.

Mankind destroying itself is not a new thing and has been done many times before. And now seems to be the time for it happening again, some people say.
Corruption at an all time high, technology with its human genetics going awol, modifying the food now - and lots more. All being done by those rich and powerful enough to do such things. God has had enough.
http://overcomingremnant.blogspot.co.uk/2009/11/watchers.html
We come from the stock supposedly that the Anunnaki created. God certainly i believe made the spirit - but left the engineering of the human body vehicle to others {Anunnaki}somehow, or God putting the Christ-conciousness in each and every body made, giving free will to each too - to choose anytime to accept or reject, basically, God, as some Westerners may call Him.

Hope u are well.