Im not a father but one doesn't have to be to agree totally with Paul Manning...


"Makes me sick to my guts this newspaper report! These family court judges must be as evil as the Nazi's, no conscience, no feelings and no empathy, they must be animals to dismiss a father's right to see his own flesh and blood so easily, just as they have done in my case, as though I wouldn't care in missing my son Elliott. I hope there is a hell, because these bastards ought to rot there for eternity, they are supposed to be fair and just, but these judges are evil beyond all fairness that the common man would indeed have as part of their caring human makeup, but not these men, oh no, not these family court Judges, NO WAY!" 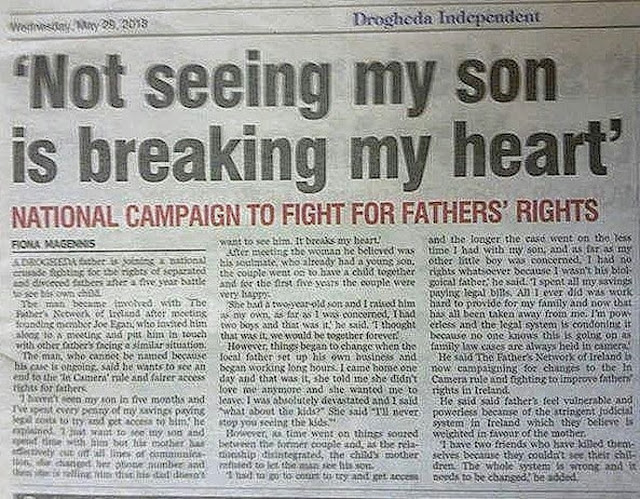 Posted by butlincat at 8:52 am


"Arriving Another glaring example of this is the Proceeds of Crime Act (POCA), primarily designed in 2002 to allow the confiscation of the proceeds of drug dealing and money laundering, with a sizeable chunk of any money recovered going to the enforcement agencies that had caught the criminals.

The use of this Act was then widened out to impose often quite absurdly disproportionate penalties on other types of offender. In 2009, for instance, I reported on several cases where quite ludicrous sums had been taken off small-scale fishermen found in breach of EU quota rules, resulting in hundreds of thousands of pounds going to the Marine Fisheries Agency that prosecuted them.

A further disturbing example was a criminal trial that recently ended in Cardiff, following the prosecution by the Environment Agency (later Natural Resources Wales) of two farmer brothers, Nigel and Philip England, and their companies that run a waste business. The agency charged the brothers with 12 criminal offences, including illegal wood-chipping and composting, but above all the tipping on their farm of a large quantity of “waste” on which they had paid no landfill tax.

The agency was particularly keen to pursue this case because, under the POCA, it had demanded that first £3 million, then £5 million of the brothers’ assets be frozen – of which, if its prosecution was successful, nearly £2 million could, under Home Office rules, be kept by the agency.

As the case dragged on for years, with the agency laboriously assembling its evidence, it became, for the brothers, a nightmare. With their assets frozen, they could not borrow any money, threatening to close a business employing 200 people. The first firm of lawyers they employed to defend them ran up a bill of £350,000, without getting anywhere. Then they found a new legal team, much more clued up, ready for the moment in July when the case finally came to trial.

Over the next five weeks, the agency’s case was torn to shreds. The brothers were able to show that they did indeed have legal authorisation for their composting and wood-chipping.

But rather more interesting was the issue of that “waste” they had used to level their land. First this was estimated by the agency at 7,000 tons, then 20,000, then 25,000 – and it was on the unpaid landfill tax on this that the agency justified its freezing of the £5 million it stood to benefit from. It then threw in, at a late stage, a further claim that it was “contaminated with asbestos”.

It turned out that 10,000 tons of this waste was soil originating from one of the Environment Agency’s own flood-defence schemes. Most of the rest was earth moved quite legally from one part of the farm to another. Analysis of the soil showed that only 400 tons was in any way “contaminated”, most of which had come from the Environment Agency itself, which had not carried out its own analysis as the law requires. As for the asbestos, even the agency’s expert admitted that there was “probably more asbestos in this courtroom than there was on the site”.

The jury found in favour of the brothers on all but one of the 12 counts, and this was a mere technicality that the prosecution agreed not to pursue. The agency is thus left looking at a £1.2 million legal bill, having had to say goodbye to the £2 million it hoped to pocket under the Proceeds of Crime Act.

The only real offenders in the story, it seemed, were those officials of the agency, who forced a responsible company to its knees and cost the taxpayers £1.2 million by so recklessly pursuing a case that should not have been brought in the first place.

from  http://www.telegraph.co.uk/earth/energy/fuel/10339845/Ed-Miliband-cant-freeze-those-bills-he-himself-sent-through-the-roof.html
Posted by butlincat at 8:24 am

JOHN MAYALL AND THE BLUESBREAKERS IN GERMANY 1988


John Mayall & the Bluesbreakers - Live in... by butlincat
Posted by butlincat at 4:57 am

From the article below:

AGAINST THE PEOPLE OF THE UNITED STATES.
"On June 8,1967, in an effort to provoke a war between the United States, Egypt and Russia, Israeli air and naval forces attacked an unarmed U.S. Naval vessel in international waters.   Thirty four Americans were murdered, and 171 were seriously injured. http://www.gtr5.com/
"Israel did 911,,,and the U.S. Military high command KNOWS IT."  Dr. Alan Sabroske,, Former Director of Studies at the United States Army War College. https://www.youtube.com/watch?v=DLTeQQsd_Bo&feature=related https://www.youtube.com/watch?v=WExIWUffKqs
Jonathan Pollard, a dual national israeli/american citizen, was the most destructive espionage agent in American history.  He single handedly crippled the most important elements of the U.S. Defense and intelligence apparatus.   As a direct result of his treason more than a thousand American agents and double agents working behind the iron curtain were arrested and executed. http://www.freerepublic.com/focus/fr/576453/posts    http://www2.gwu.edu/~nsarchiv/NSAEBB/NSAEBB407/
"The United States Government was and still is penetrated and controlled by a zionist/Israeli Fifth Column that took over the White House, Congress, The Militaries Civilian infrastructure, and the media.  The level and extent of this penetration is unprecedented in history and amounts to an invasion by an unAmerican and  HOSTILE force."

http://www.youtube.com:80/watch?v=4fvJ8nFa5Qk&feature
General Wesley Clark, USAR, former Supreme Commander of NATO
Jim Dean, the man who wrote this great article has literally laid his life on the line.  Do your part.   Circulate this important message.  The hour is late.  Wake up your fellow American and help them realize the grave threat from the enemy within.   This is not the time for either apathy or cowardice.   If you either fail or refuse to act,  THEN YOU DESERVE TO LOSE BOTH YOUR LIFE AND YOUR COUNTRY.

"Dissent is the highest form of patriotism."   Thomas Jefferson


AMERICANS ARE FINALLY WAKING UP TO THE FACT THAT THERE IS An  ENEMY SUCKING THE LIFE BLOOD FROM THE                 AMERICAN REPUBLIC, AND THAT THIS ENEMY IS GOING TO KILL US ALL IF WE DON'T WAKE UP AND STOP IT.

"If you see a snake, just kill it - you don't appoint a committee on snakes." - Ross Perot 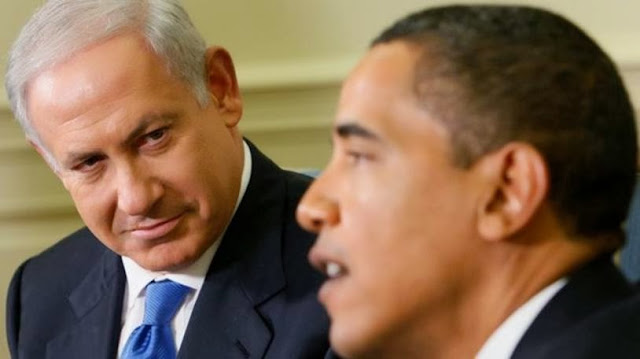 It's time to kill Zionist vampire