On the 28th, in the Okinawa U.S. Marine Corps news section, a flare was shown in regards to the mysterious lights [seen near Naha Port in the town of Naha Tondo] as described in the previous article. With that we have removed the term "UFO" from the [previous] heading; the following article is dated January 29:

On the 28th, in the At around 9 pm on the 23rd, orange lights, about 10 of them had been seen floating around in the Naha sky; multiple reports of sightings were received at this newspaper. On the 28th, the Okinawa U.S. Marine Corps news department explained the lights being flares and showed a picture of the flares being deployed along with the machine firing them off.


In checking with the newspaper, the photography, showed "Third Marine Expeditionary Force during training missions southwest of Naha; “it was training with flares fired from the aircraft" he said.

There are three bombing fields Desuna Island, Torishima, of Kume Island to the west of Naha, but the location was not revealed.

There were several witnesses who contacted this newspaper to report the “mysterious lights.”

Experts had previously ruled out astronomical phenomena, and the U.S. Air Force and Japan Air Self-Defense Force had not been training.
video:

UFO Captured On Video By Passenger on Small Plane | CHIBA, JAPAN
Posted by butlincat at 7:50 am

Whistleblower Edward Snowden leaked the documents about US mass surveillance. He spoke about his disclosures and his life to NDR investigative journalist Seipel in Moscow.

This movie is part of the collection: Community Video


Reviewer: Miss Behaved - - January 29, 2014
Subject: Miss Behaved
Thank you Snowden.
You are the only reason I know I am not crazy!

Please keep these videos coming. We need them.

"“Every time you pick up the phone, dial a number, write an email, make a purchase, travel on the bus carrying a cell phone, swipe a card somewhere, you leave a trace-- and the government has decided that it’s a good idea to collect it all, everything. Even if you’ve never been suspected of any crime.”

The Fourth Amendment of the US Bill of Rights says:

"The right of the people to be secure in their persons, houses, papers, and effects, against unreasonable searches and seizures, shall not be violated, and no Warrants shall issue, but upon probable cause, supported by Oath or affirmation, and particularly describing the place to be searched, and the persons or things to be seized."

I happened to watch this interview after watching President Obama's uncouth, demagogic, and deceitful 2014 State of the Union address (and the Republican party's equally disgraceful response) this evening.

At great personal sacrifice, Snowden has exposed deep criminality in the government and is a hero! He must be defended!

The real traitors are those who search and seize information without probable cause and due process, and those who abet them.

I am grateful that this interview is available at the Internet Archive. 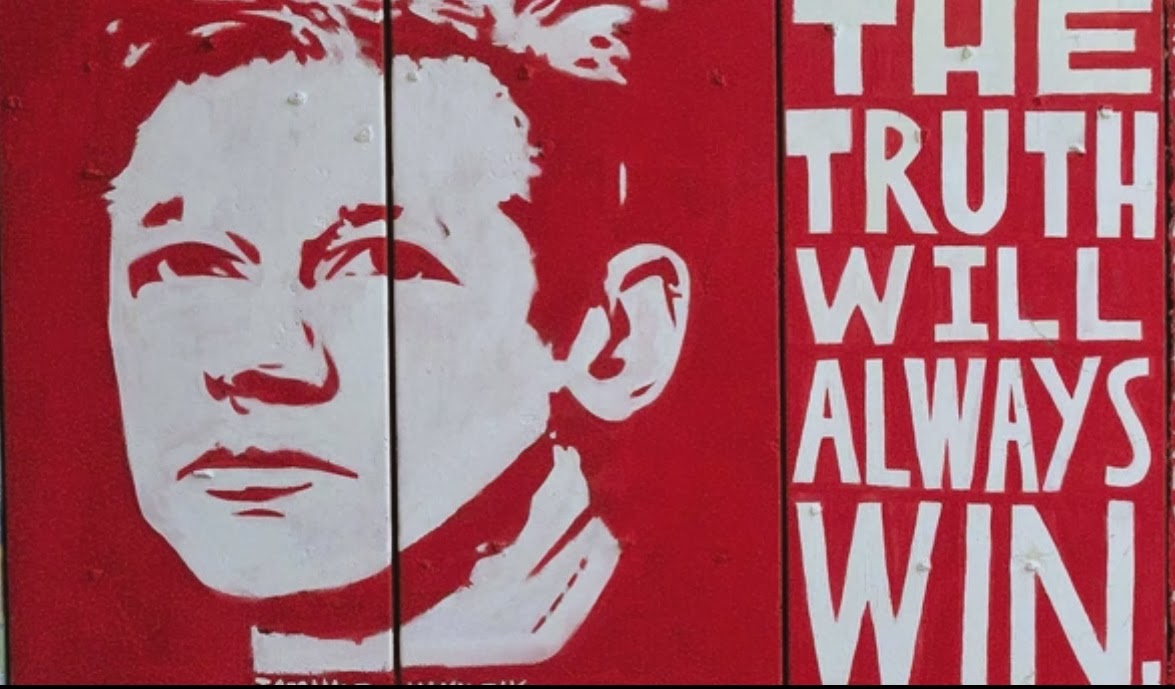 Posted by butlincat at 3:23 am

Twink [The Pink Fairies, Tomorrow, The Pretty Things, The Aquarian Age, The Fairies, The Rings, Santa Barbara Machine Head, Shagrat]
and
Bevis Frond
Posted by butlincat at 1:42 am 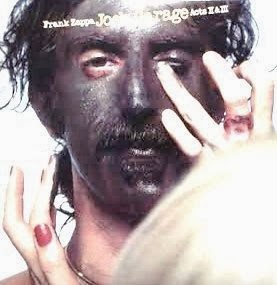 This is the central scrutinizer... joe has just learned to speak german now, get this, here's why he did it! he's gonna go to this club on the other side of town, it's called the closet... and t
Ot these appliances in there that really go for a guy dressed up like a housewife who can speak german (you know what I mean)... so joe's learned how to speak german, he goes into this place and
Ees these little kitchen machineries dancing around with each other, and he sees this one...that looks like ah, it's a cross between an industrial vacuum cleaner and a chrome piggy bank with mar
Aids stuck all over it's body...it's really exciting...and when he sees it,
he bursts into song...

(as the central scrutinizer chuckles to himself for a moment, father riley, who became buddy jones, steps into view in his new identity: father riley b. jones, prison chaplain, who, in a rather
-handed piece of imagery, is now entrusted with the job of singing this song as he assists the captured executives in their quest for new meat to plook, and, once having found these victims for
Rinces of the industry, trades them little blobs of sanctified lubricant jelly for cigarettes and candy bars while he holds them down so the execs won't have to work too hard when they stick it
...anyway, listen, while he's in there he meets this guy who used to be a promo man for a major record company, named bald-headed john... king of the plookers...
Father riley b. jones:

Bald-headed john:
Don't worry about
The faggot
I'll take care of
The faggot
Former execs:
Sorry john
Sorry better
Try it again
Try it again,
Try it again
Try, try, try again...
Etc., etc., etc.
Bald-headed john:
Your pomona is
Very extinct...
Yeah, I studied with
The dong of tokyo
'n also with the
Oriental kato...
My body contain
Uh water
I just loves the way
These copenhagens
Talks!
Driver, mcdoodle...
Sausage
Salima
Salami
That looks like that
Stuff that freckles
Lets out
Once a mumfth...

Posted by butlincat at 9:39 pm

ALEXANDER KNORR: "UFOS IN TIBET AND CHINA" BOOK JUST OUT

This clip shows images that started
coming back from the China's Chang'e
mission to the Moon and their Yutu
rover, last month.

The quality of the soil photographed
is startlingly different from the stark,
bright classical images, with which the
world has long become accustomed,
which were shot in black and white
during the 1960s.

The creator of this video attempts to
account for this, by removing all of the
color from the photos, but the soil still
looks much darker than the pictures of
the Moon, with which we more familiar.

In the words of the creator of this video:

"It sure looks like Yutu has landed right
in a patch of soil you would see on Mars
or Earth." He even points out green
patches, which very much appear to look
like moss!

Further, he notes a noticeable dearth of
images from this historically momentous
event, in publications, besides of the
Chinese State News Agency!
A Wikipedia search of "Chang'e" directed
me to a page which stated that many
links added to that page had been
"blacklisted" and were therefore not
available for view. All that was available
on Wikipedia, by that name was information
about the mythological Chinese goddess!

Digging deeper, I learned that besides
two more Lunar missions in the works by
China, that India is planning a Lunar landing
this year (!), with the Russians now planning
missions, to begin establishing a permanent,
robotically-operated base, starting in 2015
through 2032.

In addition, there are at least two privately-
funded Lunar expeditions currently in the
works.

I wonder if all of these missions will finally
put urban legends about the falsity of NASA's
Lunar missions to rest - or if it will actually
prove them to be true!
Video (about 4 mins):

It sure looks like Yutu has landed right in a patch of soil you would see on Mars or Earth. Even with a little Anomaly up in the corner I am hoping they start releasing these other places then Chinese State News. Here is the link I was able to download these from. http://news.xinhuanet.com/english/chi...
http://www.xinhuanet.com/english/spec...
So many conspiracy theories are already hitting the net. What do you think about the Rover?

UFO photo's you took? NASA photo's from Mars? Anything you have I am willing to take a look at!

http://r20.rs6.net/tn.jsp?e=001NMpGZfgBk7vGEUK4F4Ccu3oB_eqNhkTbX9Q8agUnUSW-QKkcqRriYqKQ8pX6eiUhHLsIaVOiNUhS6i-NpFYYAzIuh84_sUJtAK3lG8u3AViaPrWOmW7eJSJSM-KCWjVMMf_wrU5lbAFBv57xzsgcI-ApxZh1SRXv
Posted by butlincat at 3:46 pm

Murun Buchstansangur·
Posted by butlincat at 4:54 am

CAN YOU BELIEVE THIS?  THIS PARAGRAPH I3 FROM THE GOVERNMENT OFFICIAL "Family Law Week: President’s Guidance: Listing Final Hearings in Adoption cases"

IS OUTRAGEOUS. IT ACTUALLY STATES THE PARTIES REMOVING THE CHILD SHOULD CELEBRATE THE FACT!!  IS THIS REAL?  HAVE A PARTY CELEBRATING A PARENTS LOSS OF A CHILD?  THIS IS SURELY OUTRAGEOUS!!  BUT IT IS TRUE!! =

"13.
Where an adoption order is made in the absence of the applicant or the child, the court should consider making facilities available for a celebratory event. The event should not normally be held before the expiry of the appeal period (generally 14 days). Except in exceptional circumstances, the judge or, in the magistrates’ court at least one of the magistrates, who made the adoption order should host the celebratory event. Arrangements for the celebratory event should be made with the applicant(s) by the court."

Unbelievable!!
Posted by butlincat at 3:20 am