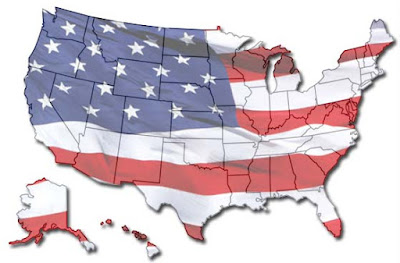 "Hi, law Enforcement and the 246 blind copied True Patriots!  By now some of you may know of me for my many emails and certified letters asking and pleading with you to defend me, my children, all Americans, US Citizens and all humanity from the racketeering crime syndicate known as the ABA/BAR, and their international power brokers and all our so called Representatives: "Senators, Congressperson, Governors and Presidents." For We the tens of thousands of us victims have known for years by their horrific criminal acts perpetrated on us. It was not so bad when these lost souls operated in commerce only for we knew such or at the very least we suspected they were criminals, we ignored such for they allowed us Our Children.our homes and a job, but as are all diseases, especially diseases of the soul these diseases are very progressive, and these beings have evolved to injuring children for a fee, selling children, raping and pillaging parents by leveraging children.  I have referred to these criminals as beings, as soulless beings and as GODLESS, for Only those types of beings could perpetrate the types of GODLESS crimes that they are all guilty.

I have meet with FBI agents, I have meet with Marshals in Atlanta, GA, I went to them expecting their help, to my surprise they were to arrest me, but after I told them my story they too knew I was a victim of corrupt judges.  The third FBI agent I met with in Atlanta, GA  stated 'Sir do you realize that we are trained to recognize when someone is lying" I responded yes sir, he stated, "you are telling the truth."

I submit to the following, please know I am at your service, let us Now save Our Country and Our Freedoms from these soulless criminal beings..... Sheriff Ron Hickman, I won't give up on you, I pray for your soul, for this is what this era, this time frame we are in is about, I assure you, I swear to you that it is all about Our souls......................

I have promised the two Marshals in Atlanta, GA that I would not hurt any Judges and I have lived up to my word, they have kidnapped my children to a sociopath, so my FATHER has told me to allow Law Enforcement the time that they need to exact Justice, so I wait on you and the LORD, Deputize me please, these child abusing racketeering traitors will be arrested forthwith and We The People of the Peoples Branch, The First (Fourth) Branch of Government via Our Grand Jury shall process each and every case!  GOD is..............."

Hi, this email is blind copied to 193 people, for We United are a force that can accomplish anything!
1.) DIS -BARED: I am looking for dis-bared attorneys to help our group, clarified I am looking for dis-barred attorneys that were dis-barred for they refused to abide by the corruption of the ABA/BAR Mafia crime syndicate. If you you know of anyone would you let me know. TY.
2.) IDEAS, FOR FUN: If you were hired to fix our corrupt government how would you fix it, what would you remove and what new functions would you create? Or would you create a new and if so what would you create? Our current govenmnet is broken and infested with criminals...............................
I have searched for years and the only fix I have found was that The US Supreme Court has realized that We The People are "The First (Fourth Branch)" ......and that without We The People managing Our government that Tyranny will prevail. I realized that we must use their laws to regain our rightful place for now!
3.) ARE THEY RIGHT?: when I was in jail for loving my sons I stated to my fellow inmates that I was going to organize all the victims of the corrupt ABA/BAR and that We The People would be putting them in prison for child abuse, racketeering, extortion, kidnapping, grand larceny, etc. they laughed aloud and said do you really think that people care, do you really think you can organize people, do you really think that people would work without being payed? I stated yes..............
NLA grew quick for they had promised paying positions when they installed the common law grand juries................
Monday Night Weekly Conference Call
Call In Number: 641-715-3570 Access Code: 691096
Time Zones: 10 PM Eastern 9 PM Central 8 PM Mountain 7 PM Pacific 6 PM Alaska & 4 PM Hawaii
THANK YOU!
Greg Todd
​EMPOWERING THE PEOPLES BRANCH​, A Public Benefit Corporation to Stop Corruption of Our Government
Zandea Realty, Inc.
Real Estate Broker + Community Association Manager
Pro Quest Development Group, Inc.
gregtodd@empoweringthepeoplesbranch.com
http://www.empoweringthepeoplesbranch.com
Direct: 561-727-9115
​Email: gregtodd2716@gmail.com
-------------------------------------------------------------------

The following are the continued amazing Works of Judge Anna, she has proven everything I and all of us have felt, experienced and known.  She has proven what all of us have claimed, She is Amazing!  Her courage is incalculable!​  I have asked you all to file her lien, I now ask you all to contact your local Marshals office and the Marshals office in Washington, D.C. and request that they do their job, tell them to deputize you if you are willing, I am!. Lets put these racketeering traitors where they belong; they are not only guilty of racketeering and treason but are also guilty of fraud, grand larceny, gross misrepresentation, gross negligence, extortion, kidnapping, child abuse, slavery, etc. these  criminals belong in prison for life!  She has lead the way, she has taken point and she has risked and given us the opportunity of our life time; we need to step up and finish the job.  If we do not do it now then we don't deserve her, and we get the govenmnet they give us.........................


Here's an open letter to "Federal Agents" that explains things in terms anyone can understand.   Do your best to get this information into the hands of those who need to see and understand it:


I am addressing this letter in this way, because it is my understanding that it will be read by members of both the FBI and the US Marshals Service.   It is also my understanding that you have available for examination a wet-ink signed copy of the illustrated affidavit of probable cause entitled “You Know Something Is Wrong When.....An American Affidavit of Probable Cause”  as back-up reference and evidence.
Since the publication of the affidavit a plethora of new supporting documentation and evidence has come to light.  We found, for example, that on June 30, 1864, the members of Congress acting as the Board of Directors of a private, mostly foreign-owned corporation doing business as “The United States of America, Incorporated” changed the meaning of “state”, “State” and “United States” to mean “District of Columbia Municipal Corporation”.
Like the 1862 change of the meaning of the word “person” to mean “corporation” cited in our affidavit, these special coded meanings of words render a drastically different picture of the world around us.
It turns out that your “personal bank account” is actually a “corporate bank account”.   The “Colorado State Court” is actually the “Colorado District of Columbia Municipal Corporation Court”.
If you are shocked to learn these facts, you are not alone.  So are millions of other Americans.  These changes were made 150 years ago and tucked away in reams of boring meeting minutes and legalistic gobbledygook meant to be applied only to the internal workings of a private governmental services corporation and its employees.


"The World is a Dangerous Place to Live; Not Because of the ​people who are EVIL, but Because of the People Who Don't Do Anything About It"
Albert Einstein
Posted by butlincat at 12:31 am