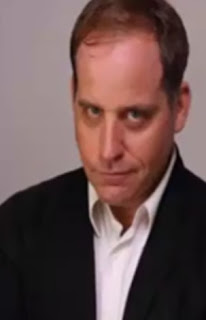 Peace on earth and goodwill to all (and not just men, but all life forms) is looking like a realistic goal for 2018 now that the 13 “Illuminati” * bloodline families, seeing their ancient rule of planet Earth collapsing, are suing for peace.  Last week a representative of the G7 (Germany, the U.K., the corporate U.S., Japan, Italy, France, and Canada) met with a representative of the White Dragon Society (WDS) to discuss peace terms, according to a WDS member who was present at the meeting.  The G7, of course, is the political front for the 13 bloodline families.  There can be no doubt that this meeting was made possible by people inside the military-industrial complex acting in the spirit of Jesus Christ, and for this we wish them all “a Merry Christmas and a Happy New Year.”
The bloodline offer to negotiate peace is directly connected to the state of emergency that was declared last week by USA President Donald Trump.  If you have not seen it yet, please read the historic document in the link below.https://www.whitehouse.gov/briefings-statements/text-letter-president-congress-united-states-6/
“After Hanukkah,Trump declared a state of emergency and signed an executive order on December 20th freezing the assets of those accused of human rights abuses and corruption, a catch-all to bankrupt the Bushes, Clintons, Soros, Obama, the Cabal, and the global Jewish mafia,” was how a Pentagon source summed up the situation.
“The national emergency allows Trump to seize assets and unleash the military to carry out mass arrests and adjudicate via military tribunals, effectively imposing martial law,” the source continues. 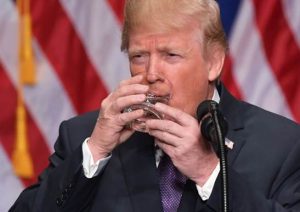 The Pentagon source also sent a copy of this photograph with the explanation, “Trump wears purple when unveiling his national security strategy on December 18th in a victory lap over the Soros/Hillary purple revolution, and drinks water with both hands to simulate handcuffs.”
Clearly reacting to this situation, the representative of the bloodlines set the meeting for December 23rd, the birthday of the Japanese Emperor, and claimed to be a representative of the Imperial family as well as the G7.  The representative, who acted as if he was negotiating a surrender, said the bloodlines want to keep existing nation-states and institutions as they are, but…


The remainder of this article is only available to members of BenjaminFulford.netPlease Log In or Register to create an account.


I would like to let you know that my anti-gravity experiments have been successfully replicated by the Aerospace Engineering Department at the New Sciences & Technologies Faculty of the University of Tehran in the Islamic Republic of Iran. I have developed complete quantum anti-gravity hypothesis with direct testable predictions that are simple, clear, easy, and inexpensive.
As you know, present-day quantum gravity theories suffer from too many mathematical space dimensions, and from too few conclusive experimental results.
My hypothesis is simple, clear, and subject to easy empirical verification.  I offer clear explanation of the principles of quantum gravity, and also precisely describe how to perform simple and inexpensive experiments to verify it.
In order to clearly understand quantum anti-gravity, please follow these 8 steps:
The following are the 10 “mysteries” that my hypothesis sheds new light upon:
I have designed 4 progressively more complex experiments, and we have successfully performed one of them, the one of medium difficulty, which constitutes:
The empirical discovery of hitherto unknown physical interaction between angular momentum of a spinning gyroscope and Earth’s magnetic and electric fields.
To perform this experiment, we need a gyroscope with a vertical support, and magnetic and electric shielding cages.
According to my hypothesis, there will be a measurable time difference between a freely spinning gyroscope inside, and outside the cages.  A gyroscope freely spinning inside both cages will come to rest in less time than when spinning outside them.
The experiment was performed successfully and was recorded in the following two videos:
To have a clear idea what is involved in the experiment, please take a closer look at the above two videos first.
For the experiment, we used the following small and light gyroscope at 10,000 rpm:
It would be much better to use a heavier gyro, because the heavier the gyro, the stronger the effect, at the same rate of rpm.
The value of angular velocity (rpm) is important only insofar as to generate sufficient angular momentum to allow the gyro to spin freely for a longer time before it comes to rest.
The objective of the experiment was to obtain two values of the gyro’s run time:
In my experiment, the two sample values are, respectively:
There was a 3.67 second difference, which amounts to 6.6%.  The time difference is directly proportional to the quality and quantity of electrostatic shielding of the Faraday cage. Applying the magnetic shielding in addition to the electric one would further increase the time difference.
As you can see in the video, it is important that the gyro is elevated by means of a vertical support.  Ideally, gyro should start spinning as close to a vertical position as possible, and also be able to pass lower, while still spinning, than its horizontal position.
The reason for this effect is that the gyroscope inside the cages will be spinning in reduced strength of Earth’s magnetic and electric fields, which in turn reduces the strength of the Biefeld-Brown effect acting upon it.
The gyroscope outside the cages, spinning in the undiminished strength of Earth’s magnetic and electric fields, is subject to the full influence of the Biefeld-Brown effect that causes the gyroscope to resist Earth’s gravity pull, which happens to be none other than pure natural antigravity effect.
OBJECTIONS
—  That is true for both, the gyro spinning inside and outside the Faraday cage in Earth’s magnetic field.  It does not make any difference.
—   The analogy in the video applies, but only in principle.  Spinning brass gyro is not a strong neodymium magnet, and if, in principle, it generates any magnetic field, it is so weak that it will not even affect a needle of a compass.  As opposed to the copper pipe in the video, the enamel-coated copper mesh Faraday cage has much larger diameter (the inverse-square law), so it is enough to drop a strong neodymium magnet down the Faraday cage to see how much it would slow down, if at all.  As you can see in the above video, even few empty slits in the copper pipe greatly weaken the eddy currents, this being the reason for using enamel-coated copper mesh.  Diamagnetic materials, like brass, or copper, have a relative magnetic permeability that is less than or equal to 1, and therefore a magnetic susceptibility less than or equal to 0, since susceptibility is defined as χv=μv−1.  This means that diamagnetic materials, in principle, are repelled by magnetic fields.  However, since diamagnetism is such a weak property, its effects are not observable in everyday life.  Moreover, there is a big difference between Faraday cage made of solid copper, and one made of enamel-coated copper mesh.  The magnetic field induced in the gyro is weak, because Earth’s magnetic field is weak, so whatever little eddy currents could be induced by the gyro in solid copper Faraday cage will become irrelevant in the enamel-coated copper mesh Faraday cage, as you can see in the following two videos:
Even though it is true that the experiment, in principle, is open to influences from various phenomena, including the Carnegie curve, the overall result is clearly well beyond being attributed exclusively to these other phenomena.
To completely eliminate above objections, magnetic shielding needs to be applied in addition to the Faraday cage, and the gyro should be custom-made from a material which does not allow for eddy currents to flow in it.
Naturally,  I will be happy to answer any questions that you may have for me regarding the theoretical foundations as well as replication of the experiment.
With respect and much gratitude,  I amSincerely yours,
source:  https://benjaminfulford.net/2017/12/
Posted by butlincat at 12:03 pm