Longtime mistress says Bill Clinton had 2,000 sex partners, Hillary is a lesbian, It was a marriage of convenience - AMERICAN NEWS + LARRY NICHOLS + more 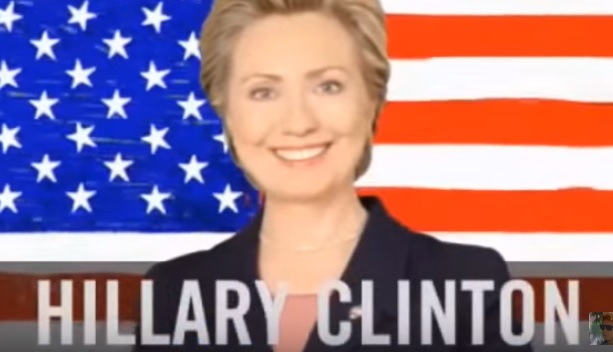 Longtime mistress says Bill Clinton had 2,000 sex partners, Hillary is a lesbian, It was a marriage of convenience

Another long-time “lover” of Bill Clinton has come forth, with a new book, Hillary, The Other Woman (WND Books), spilling beans on his insatiable satyriasis and Hillary’s hell-bent political ambitions.
She is Dolly Kyle, an attorney in her 60s, who first met Bill Clinton in Arkansas in the summer of 1959 when she was 11 years old and he 12. Supposedly, it was love at first sight — a sexual relationship that lasted 32 years — through high school (although she says they didn’t have sex until after graduation), Bill’s law school at Yale, his years as Arkansas governor, and until his entrance into the White House.
This is what Dolly Kyle wrote in her book (source: Daily Mail):
(1) In 1987, Bill Clinton had had 2,000 sex partners:
Dolly said she started “sleeping with Bill” after high school and admits “Billy was a sex addict; I was a codependent”. In 1987, Bill Clinton was “undone” by Wilt Chamberlain’s claim to have slept with 20,000 women. Bill told Dolly, “That’s ten times more than I’ve had!” — which meant Bill had sex with 2,000 women in 1987, which means that the number would be even higher by 2016.
Hey, Dolly Kyle, that’s some “love” Bill Clinton had for you!
(2) Bill Clinton had wanted to be president since high school:
Bill first confessed his desire to be president to Dolly back in high school, and began actively pursuing it after the summer of 1963 when, as an Arkansas delegate to Boys Nation, he had a photo-op with President John F Kennedy in the Rose Garden.
(3) Bill Clinton called blacks “niggers”:
Dolly wrote that she frequently had heard Bill refer to blacks in the South as “G**damn n****r”.
(4) Bill Clinton never used a condom, but seemingly was unconcerned because, as he told Dolly, he had a low sperm count. (Note: Other reports say Bill Clinton is sterile from mumps.)
(5) It was a marriage of convenience — of Bill and Hillary using each other:
Hillary’s role was financial provider to get Bill elected president, and pursue “his addictions to politics, power and sex”. Bill’s mother, too, had supported the family financially while his stepfather drank. Dolly wrote: “Hillary’s role of providing financial security for Billy was part of her motivation for the series of financial crimes (yes, crimes) that she committed over the decades. Hillary was upholding her part of the deal to get Billy elected president, after which it would be her turn to be the first woman in the Oval Office.“
(6) Bill Clinton called Hillary his “warden”:
Hillary kept Bill’s nose clean in the public mind and had private investigators tracking Bill and the “women he was dating or attacking” because she was riding his coattails to political power. Dolly writes: “Hillary needs the power” and she is ruthless.

College-age Hillary Clinton
(7) Hillary was sweaty and had hairy calves and toes:
Dolly first met Hillary on the evening of May 28, 1974 at the airport in Little Rock. It was election night and Senator William Fulbright was running for re-election. Fulright was Bill Clinton’s champion — giving Bill his first Senate job while Bill attended Georgetown University; supporting him for the Rhodes Scholarship and a teaching job at Arkansas Law School; introducing him to powerful people in Washington and financial backers for Bill’s first congressional campaign that he eventually lost.
READ MORE Scope of Anthony Weiner’s Pedophilia Unveiled by Prosecutors, Laid Out in Gruesome Detail
Dolly describes Hillary as “a dowdy-looking woman who appeared to be middle-aged” with “thick eyebrows melded together stretching across her forehead,” wearing “coke-bottle-thick lenses” and “a misshapen, brown, dress-like thing that must have been intended to hide her lumpy body. The garment was long, but stopped too soon to hide her fat ankles and her thick calves covered with black hair. Thick brown sandals did nothing to conceal her wide feet and the hair on her toes“.
Hillary glared at Dolly with hostility. Dolly writes: “In that moment, I noticed that the woman emitted an overpowering odor of perspiration and greasy hair. I hoped that I wouldn’t gag when she got in the car.” When Bill introduced the dowdy woman as Hillary, Dolly “was stunned” and thought “it was ‘some kind of a sick joke’ – a woman in a hideous disguise.”
(8) Bill discarded his mentor-benefactor Sen. Fulbright when the latter lost reelection:
Dolly writes that although the plan had been to go the Fulbright’s campaign headquarters, when the votes came in showing he was losing, Hillary signaled to Bill and the plan was changed. He would head back to the airport. Bill told Dolly, “I don’t want to be seen with a loser.”
(9) Hillary’s attempt to carve a political career for herself in Washington sizzled:
A lawyer and graduate of Yale, Hillary wanted a career in Washington but she flunked the DC bar exam. Dolly writes that at the time of her meeting Hillary for the first time, Hillary was working in Washington, DC and “trying to become a political force under her own steam.” But “It was a futile attempt” and Hillary’s job with the Watergate investigation ended. Dolly believes “Hillary showed the same lack of integrity there that would later get her into more serious trouble.” (See “Hillary Clinton was fired for lying when she was 27 years old“)
(10) Hillary was a lesbian:
Although Bill did not use the word “lesbian,” he hinted at it by keep referring to Hillary’s “lifestyle”.
In March 1979, Bill told Dolly he wanted a child but had a low sperm count: “We need to have a baby so we can appear to be a normal couple. We need to do something serious to take attention off the Warden’s lifestyle.” He asked Dolly to pray for a baby. Dolly suggested he had to bite the bullet and sleep with Hillary. Within a year, Chelsea Victoria Clinton was born and Bill fell head over heels with the little baby. (See “Bill Clinton not Chelsea’s biological father“)

Chelsea Clinton (l) and Wester Hubbell
But Hillary felt trapped being at home with a baby and couldn’t wait to get back to work. She asked her friend, Louise: “How long do I have to stay at home with this kid?” Hillary stayed home with baby Chelsea for three months before returning to work. Bill told to Dolly that it was the baby that kept the couple together.
READ MORE ‘Wow!’: Dr. Oz Makes FOX News Anchors’ Heads Explode as He Drops Cannabis Truth on LIVE TV
(11) Hillary’s other attractive qualities:
Hillary resented that she had to dress like Southern women; she visited dress shops but generally didn’t buy anything. Dolly also confirms Secret Service agents’ accounts of Hillary’s foul mouth, anger towards the White House and Arkansas governor security detail, and physical abuse of Bill. In Arkansas, she had “hissy fits” and threw dishes at Bill in the kitchen, breaking a kitchen cabinet door. When Bill lost the governorship after one year, Hillary was furious, knowing that she was no longer the state’s First Lady and had to move out of the governor’s mansion and into a tiny house. (See “Ex-Secret Service agent: Jekyll & Hyde personality makes Hillary unfit to be President”)
Dolly writes: “Hillary is not a leader. She is a coattail-clutcher who has a litany of jobs with no accomplishments,” having failed as co-president, failed as senator “unless you are impressed with the bills she introduced to name a couple of post offices,” failed as secretary of state and as a defender of women over the past 40 years. Hillary instigated threats on women who had sex with her husband, a serial sex abuser.

(12) Dolly’s summary opinion of the Clintons:
Despite her long, 32-year sexual (it’s true love!) relationship with Bill Clinton, Dolly Kyle has only contempt for the Clintons. She writes:
“Billy and Hillary Clinton continue to be lying, cheating, manipulative, scratching, clawing, ruthlessly aggressive, insatiably ambitious politicians who are giving public service a bad name – and nothing about them has changed in the past forty-plus years, except that they have deluded more and more people. The Clintons and their misled supporters have rewritten history to suit their political agenda, which is to get votes to get power to get money to get more power to get more money. The Clintons’ vicious cycle of intertwining greed and power addictions will have no limit, unless someone stands up and announces. The emperor has no clothes! Ideology, integrity, and love of country were never involved in the ‘Billary’ quest for the White House. It was always a codependent, co-conspiratorial grab for money and power and more money and more power. Unfortunately for them and for the United States of America, there is never enough to satisfy addicts.”
H/t John Molloy & maziel.c
source: http://www.prideof-america.org/2017/11/26/longtime-mistress-says-bill-clinton-had-2000-sex-partners-hillary-is-a-lesbian-it-was-a-marriage-of-convenience/

Hillary and the True Beast She Is

The best unkept secret in Washington is that Hillary Clinton is a Lesbian. From Night Court Actress Marki Post to Yoko Ono, to possibly even Huma Abedin there have been multiple reports of Hillary's love for the ladies. Pretty sure this video will get me a TON of hate mail but remember I am NOT JUDGING HER I am simply reporting the truth.
.


Hillary and Bill Clinton "The 10 Photos You Must See"

Posted by butlincat at 2:35 am