WATCH: SUPER BLOOD MOON + How To See It And What We Can Learn 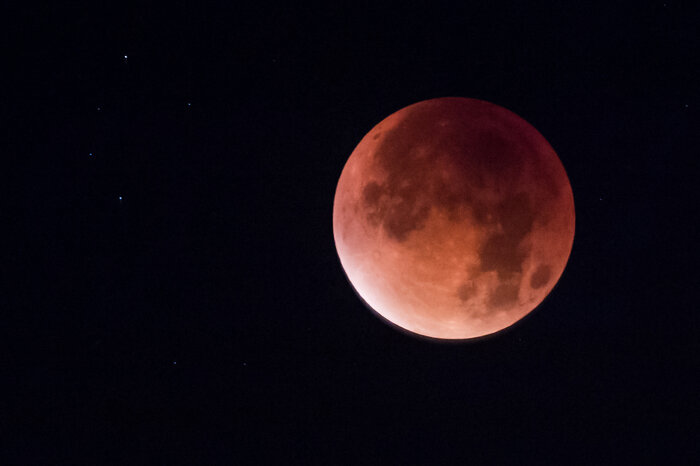 Earth's shadow obscures the view of a so-called supermoon during another total lunar eclipse — this one in Brussels in 2015.
Geert Vanden Wijngaert/AP
Set your alarm clock – early Wednesday morning, there's a lunar event that hasn't been seen since 1866.
And it'll be at least partially visible in all 50 U.S. states – though the views will get better and better the farther west you live.
Let's break this down. This event – called a super blue blood moon – is actually three fairly common lunar happenings all happening at the same time.
And scientists say that information gathered during the event could help them figure out where to land a rover on the moon.

What is a super blue blood moon?

The moon is full, and it's the second full moon of the calendar month, which has been termed a blue moon. The moon is on a 28-day cycle so that only happens once in a while – or, as you might say, once in a blue moon.
Next, the moon is known as a supermoon because it's especially close to the Earth, making it appear larger and brighter than usual. The moon doesn't orbit Earth in a perfect circle – it's an ellipse, which means there are times during the orbit that it is thousands of miles closer to Earth than others. Brian Day of NASA's Ames Research Center tells NPR that during these times, the moon can "appear 17 percent larger than it does at its furthest point in its orbit."

Amateur Astronomer Finds NASA Satellite Long Given Up For Dead

Most interesting to scientists, however, is that this is all coinciding with a total lunar eclipse. That's why this is also called a blood moon, Day says: "As the moon makes this close, full moon approach to the Earth, it's going to pass through the Earth's shadow and the Earth's shadow is going to cause the moon to appear a deep red color."
"You've got this wonderful combination," Day says. "It's just loading up the plate with all the wonderful things the moon can show us."

What's the best way to see it?

Everyone in the U.S. will be able to see at least some portion of the eclipse, with the best views in Western states.
On the East Coast, the eclipse will begin at 5:51 a.m. local time, but the moon will set before the end of the eclipse's totality. "The darker part of Earth's shadow will begin to blanket part of the Moon with a reddish tint at 6:48 a.m. EST, but the Moon will set less than a half-hour later," NASA says. For East Coasters, the best bet for good viewing will be at about 6:45 a.m. ET.
It'll be easier to see in the Central time zone because the moon will be higher in the sky when the eclipse begins. The red shadow will be observable by 6:15 a.m. ET. In Mountain time, the peak will be at around 6:30. 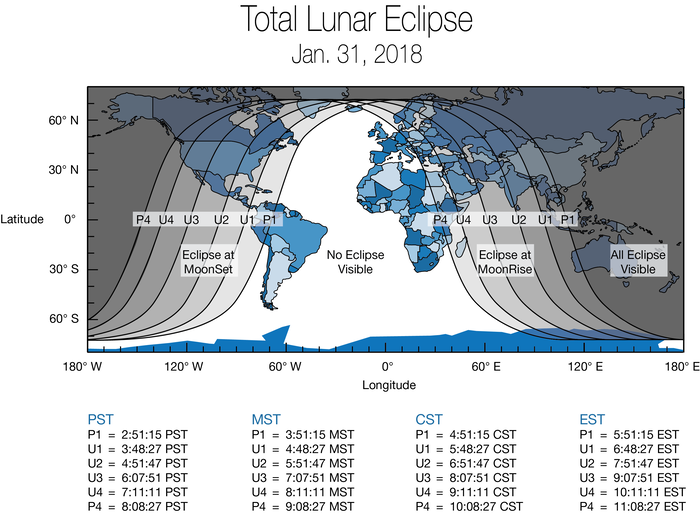 Global map showing areas of the world that will experience (weather permitting) the Jan. 31, 2018, "super blue blood moon." The eclipse will be visible before sunrise on Jan. 31 for those in North America, Alaska and Hawaii. For those in the Middle East, Asia, eastern Russia, Australia and New Zealand, the "super blue blood moon" can be seen during moonrise the evening of the 31st.
NASA
And lucky viewers in California and western Canada will see "the total eclipse phase from start to finish," NASA says. "At 4:51 a.m., totality will begin, with best viewing between about 5:00 and 6:00 a.m. local time. The totality phase ends about 6:05 a.m."
If you have a telescope, Day recommends bringing it out and checking out the moon's surface under the lunar eclipse's "red filter" and the supermoon's extra-close, extra-bright conditions.

What can scientists learn during the event?

NASA scientists say the way the moon's surface responds during the eclipse can provide insights about where to land a rover for a future mission.
The clues will be in the surface temperature changes during the event. As Day explains, the moon has a dramatic temperature range – from more than 200 degrees Farenheit to more than 200 degrees below zero – but it changes very gradually because a lunar day is almost 28 Earth days long. 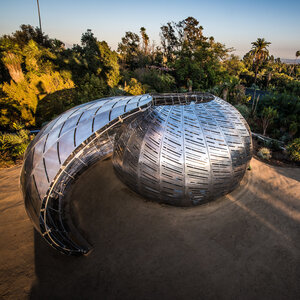 At One NASA Lab, Art And Science Share The Same Orbit

"But when you have a total eclipse, you get that sudden darkening of the surface, you go from having the sun directly overhead the surface of the moon to suddenly being dark. And so you get a real sudden temperature change," Day says. "That's interesting to us. Because different types of materials on the moon will heat up and cool down differently."
For example, solid rock would change temperature slower than dust or soil. NASA planetary scientist Rick Elphic says that could have big implications for where to land a future mission. 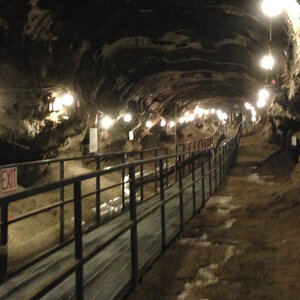 Is There A Ticking Time Bomb Under The Arctic?

"If you want to land someplace, you want to be sure you land someplace that is safe and relatively rock-free, but you also want to land someplace that you know your foot pads are not going to sink in to 18 inches or 2 feet or something like that and give you a bad day," Elphic says.
NASA's Ames Research Center is working on plans to send a rover to one of the moon's poles – previous missions have targeted areas near the equator.
The poles are thought to have major deposits of water ice, and a mission could map out this potential resource, which could be crucial should humans return to the moon.
Scientists often have a couple of opportunities annually to take these measurements during total lunar eclipses.
If you aren't able to see the super blue blood moon in person, you can watch it at NASA.gov/live or follow at @NASAMoon.
Enjoy the view!
source: https://www.npr.org/sections/thetwo-way/2018/01/30/581890038/wednesdays-rare-super-blue-blood-moon-how-to-see-it-and-what-we-can-learn
Posted by butlincat at 7:55 am