Mr Robinson also conducted an interview with Lord Pearson, which appeared to be filmed on the parliamentary estate.
On Thursday, former Conservative Party chairman Baroness Warsi asked whether it was "appropriate" for Mr Robinson, real name Stephen Christopher Yaxley, to be hosted in Parliament by her fellow peer.
It comes after a number of Labour MPs were this week sent suspicious packages and letters encouraging attacks on Muslims.


Speaking during a House of Lords debate on hate speech, the former Cabinet minister asked: "Does the minister agree with me that all members of this House should be working to eradicate all forms of hate speech?"
Noting Lord Pearson was "desperate to get into this question", Baroness Warsi added: "Maybe if he has the opportunity to do so, he would explain whether he thinks it appropriate for members to host the likes of Tommy Robinson within the precincts of this House at a time when there is an increased risk in relation to hate crime and members of the other House have been receiving hate letters."
In response, Home Office minister Baroness Williams said: "As legislators for this country, we have got a strong leadership role to take and it does dismay me when I see that certain quite extreme people are actually being invited into the Palace of Westminster to propagate some of their hate."
Lord Pearson then spoke, but refused to address Baroness Warsi's comments, instead insisting he would "stick to the question" peers were debating.
He asked: "Does hate speech include criticising Islam or any of the world's great religions as opposed to insulting their adherents?
"Does our legislation make that distinction and, if not, should it not do so?"
Baroness Williams replied: "There is a clear distinction. Expressing one's own opinion can offend people; there is a right to offend.
"However, there is no right to propagate speech that goes to a particular characteristic, whether that be race, religion, disability or sexuality, and promotes hatred against that person."


Lord Pearson's decision to meet with Mr Robinson in Parliament also prompted criticism from within UKIP.
The party's former deputy chair Suzanne Evans told Sky News "it wasn't a sensible thing to do".
She said: "There are many of us who are concerned about the extremes of Islam but there's no need to talk to Tommy Robinson to get your information."
A UKIP spokesman revealed Lord Pearson's meeting with Mr Robinson occurred after the peer invited journalists to report on a question he asked in the House of Lords on Tuesday about grooming gangs.
Mr Robinson, who runs a website, was described by the spokesman as having "responded wearing his journalist hat" as one of 160 people contacted by Lord Pearson.
In their interview, the peer told Mr Robinson: "You can say what you like about the Hindu gods, but as soon as you touch Islam and you begin to wonder whether Mohammed was such a peaceful person, character, all hell breaks loose and you're completely ostracised and everyone is very angry with you."The House of Lords said invitations to Parliament are a matter for individual members, with every guest undergoing the same security screening.
Sky News has contacted Lord Pearson's office for comment.
source:  https://news.sky.com/story/ukip-peer-lord-pearson-invites-ex-edl-leader-tommy-robinson-to-parliament-11291201 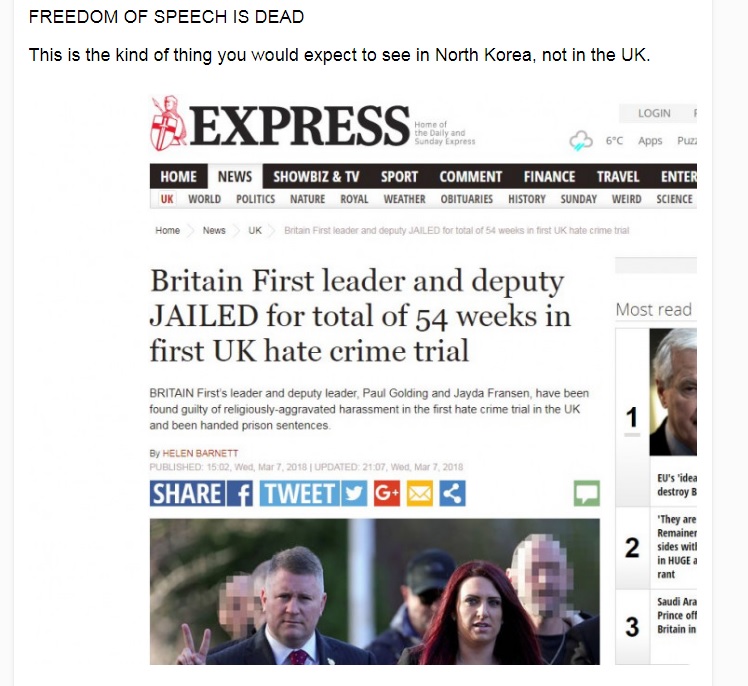 I have some very distressing news for you.
Britain First HQ has just been informed that our leader, Paul Golding has been attacked inside HMP Elmley by two Muslim men. 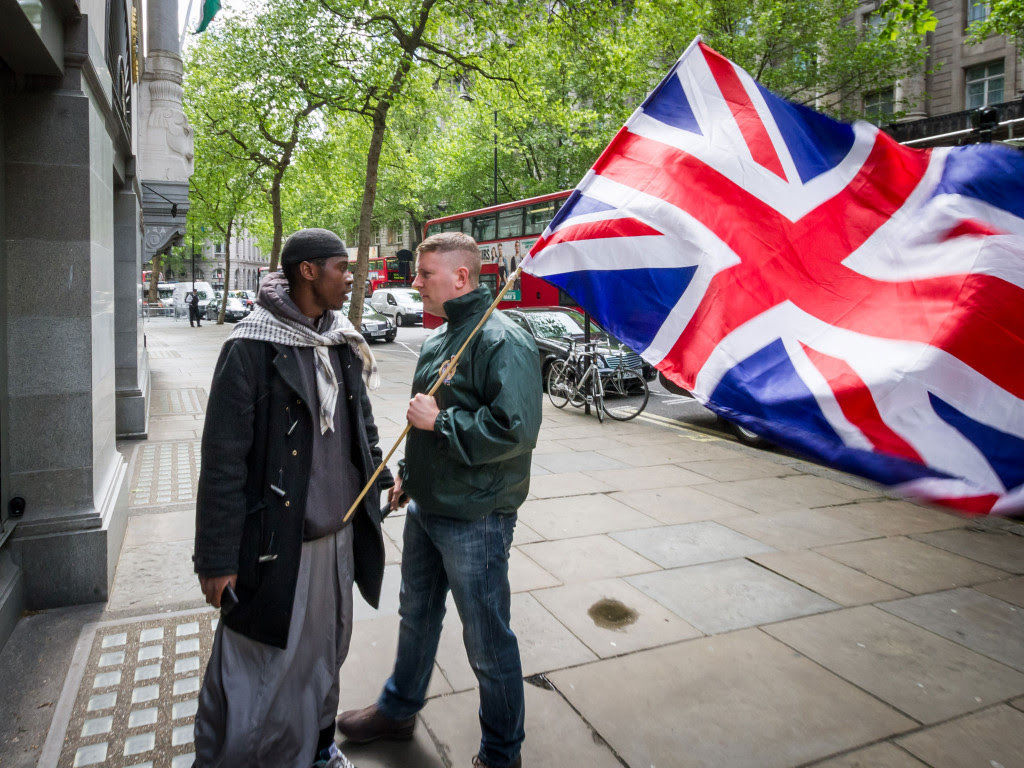 In true British spirit, Paul fought back against his Islamist attackers and luckily managed to escape with only minor injuries.
The savage Muslim attackers have since been arrested and charged with the attack on Paul.
Staff at HMP Elmley are considering moving Paul to another prison for his own safety.
Please continue to show your unwavering support for our persecuted leaders at this most testing time.
With your help Britain First can survive during Paul and Jayda’s absence.
Please 'Chip-In' what you can to support the movement - Today?

source:  https://worldtruth.tv/sicilian-mafia-declares-war-on-islam-mob-kicking-off-all-muslims-from-italian-island/?utm_source=feedburner&utm_medium=email&utm_campaign=Feed%3A+ConsciousnessTv+%28Consciousness+TV%29
Posted by butlincat at 4:06 am