From Wikipedia, the free encyclopedia
Jump to navigationJump to search
White House Farm is an upcoming crime drama television series. It is based on the real life events that took place in  August 1985.

The series was first reported on in August 2018, when filming had begun. Stephen Graham, Freddie Fox and Cressida Bonas were announced as being cast.[citation needed] Mark Addy, Gemma Whelan, Mark Stanley, Alexa Davies, Alfie Allen, Amanda Burton and Nicholas Farrell will also star in the series.[1]
In November 2019, HBO Max closed a deal to air the miniseries on their service in the United States.[2]

A new ITV drama is to tell the story of one of the most notorious crimes in living memory- a massacre at a remote farmhouse in Tolleshunt D'Arcy in Essex when five people were shot dead.
Freddie Fox plays the role of Jeremy Bamber- who was convicted of the mass murder of the family who adopted him in the new ITV drama called the White House Farm.
June and Nevill Bamber, their adopted daughter Shelia, and their grandchildren Daniel and Nicholas were all killed in 1985.
Bamber was sentenced to life behind bars in 1986 but has always protested his innocence and in letters he's previously sent to ITV News Anglia from his prison cell has said that he's confident that one day he'll be freed.
He's made multiple appeals against his conviction but all have been turned down.
The White House Farm will have six episodes and is due to be aired in the New Year
Last updated Mon 16 Dec 2019
source: https://www.itv.com/news/anglia/2019-12-16/new-itv-drama-to-tell-infamous-essex-story-that-shocked-a-nation/ 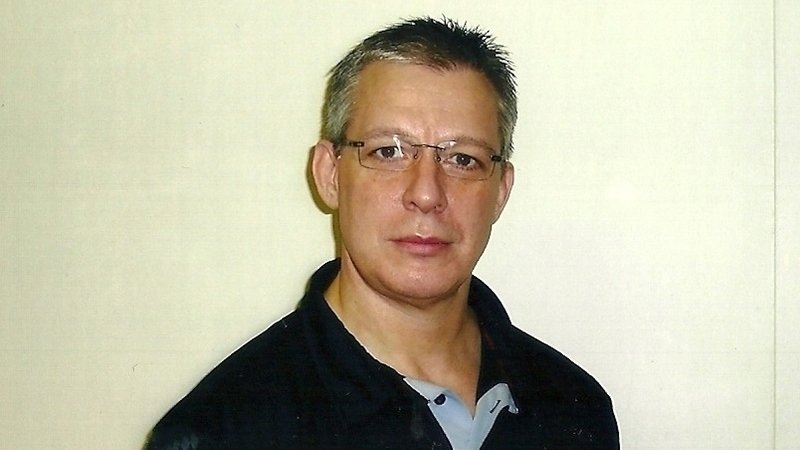 The Jeremy Bamber Official Campaign started this petition to Home Secretary, Home Office Sajid Javid MP
Essex Police: Release All Documents Withheld under Public Interest Immunity (PII) to Jeremy Bamber’s Legal Defence Team with Immediate Effect.
As over 33 years has now elapsed since the tragedy took place, there is no beneficial reason for withholding the documents and photographs by refusing disclosure under Public Interest Immunity or for any other reason. The public have a right to insist that they are released to his Defence Counsel forthwith so that a fresh appeal can be lodged on Jeremy’s behalf.
At White House Farm, Tolleshunt D’Arcy, England on the 7th August 1985, five members of the same family were shot dead. They included Nevill Bamber, his wife June Bamber and their daughter Sheila Caffell and Sheila’s twin sons, Nicholas and Daniel Caffell. Based upon evidence the police established the shootings as a case of murder/suicide.
However, Jeremy Bamber, Nevill and June’s son was arrested on the 8th September and released after six days of questioning. He was re-arrested on the 29th September and charged with murder. In October 1986 he was convicted on a 10:2 majority verdict and given a twenty-five year sentence, but the Home Secretary changed this to whole life in 1994.
Disclosure Required
1.      Original handwritten logs and statements written by Malcolm Bonnett + PC West relating to Jeremy’s father calling the Police between 03:00am and 03:30 am saying his daughter had gone berserk with the gun.
2.      The original situation report radioed in by PS Bews calling out the firearms team because he'd seen Sheila Caffell moving in the house while Jeremy was with police. Also PS Bews and PC Myall’s original witness statements written on the 7th August 1985.
3.      The 06.9.85 Report by DI Kenneally stating that the evidence showed Sheila was responsible for murdering her family and then committing suicide.
4.      Also required, the audio recordings of the open phone line at White House Farm recording the raid on the house by the Firearms Officers who broke in at 07:39am.
5.      The original handwritten statements from first case investigation number SC/688/85 including those written by the raid team and all fifty-four (54) people who entered the house on the 7th August 1985.
6.      Interviews from the DI Dickinson Enquiry including those from the forensic scientists Glynis Howard, Malcolm Fletcher, Graham Craddock and Graham Renshaw to discover if they wrote the same things to the Dickinson Enquiry regarding two sound moderators, that they later admitted to during the 1991 C.O.L.P Enquiry.
7.      Public Interest Immunity file on Julie Mugford referring to her ‘deal’ with the Crown Prosecution Service in exchange for immunity from prosecution for five criminal offences three of which were unknown to the jury. Also disclosure of the Essex Police file on the £25,000 newspaper deal, agreed to in November/December 1985 (pre-trial) by Julie Mugford’s solicitors.
8.      Photographs of all the rooms in white house Farm including those containing firearms such as the main office, and the box room next to the Master bedroom. In November 2001, all the case negatives were in uncut complete strips of ten. By 2011 and their disclosure to Jeremy, someone had cut and removed seventy-seven (77) negative images from these film strips, which left sixteen (16) of them cut up into multiple pieces of two, three and four frames. Disclosure is required of all seventy-seven (77) photographic images.
9.      Sheila Caffell's medical/psychiatric records referring to her conversations with her consulting psychiatrist where she informs him she was afraid she would kill her children - as he briefly mentioned at trial. Disclosure of her 1983 and 1985 diaries periods where she suffered severe episodes of psychosis.
10.   Original forensic report by Renshaw referring to the blood in the sound moderator as identical to beneficiary of the Bamber estate Robert Boutflour, one of the relatives who found it after police searched the house and 'missed it'.
Jeremy Bamber has been in prison for 32 years.  Please sign the Petition. Thank you.

2 weeks ago
View all updates

SEE THE SITE:   jeremy-bamber.co.uk
Posted by butlincat at 1:08 pm