FREE: The Short Life And Tragic Death Of Paul Kossoff 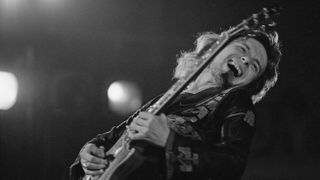