The young guitarist contributed licks to some of the biggest hits of the British Invasion.

Before Jimmy Page was a bona fide guitar god with rock giants Led Zeppelin, he was but a young upstart trying to make a living as a studio musician in London. And over the course of the 1960s, he’d record rippin’ guitar solos and chilling textures for the crème de la crème of the British Invasion groups, and later for the stars of the psychedelic London sound. Here are the 13 essential tracks featuring guitar work from Page, in descending order.
13. Jet Harris and Tony Meehan - "Diamonds" (1963)
Before the LSD and the colorful paisley clothes, before even the Beatles’ first hit singles, the charts of the early '60s England were peppered by “beat groups,” like instrumental heroes the Shadows. When the quartet’s two founding members, bassist Jet Harris and drummer Tony Meehan, went solo as an eponymous duo, they recruited Page to help out in the studio. It was his first-ever job as a working studio musician, and Page was still a student at Sutton Art College. Then “Diamonds” hit No. 1 in the U.K. -- and held the position for three consecutive weeks. Page had arrived.
12. The Manish Boys - "I Pity the Fool" (1965)
Here’s a mind trip: Imagine if Page went on to form a rock supergroup with David Bowie instead of Robert Plant. You never know, after all, the two had a history. Back when Bowie was still going by the name Davy Jones, Page guested on a session from his band The Manish Boys on Jan. 15, 1965. "I Pity the Fool," a straight-ahead cover of the original by Bobby Bland, failed to chart; the band disintegrated, with Bowie going on to find massive success on his own. But Page's screeching guitar solo serves as a reminder that history could’ve gone differently.
11. The Kinks - "I'm a Lover, Not a Fighter" (1964)
Page played on a pair of early Kinks songs, back when the band was playing blues covers and had yet to fully develop their distinct rock sound. For this swamp-pop jam, written by Louisiana producer-songwriter J.D. “Jay” Miller, the band used group clapping, stop-starts and a loose lick from Page.
10. Brenda Lee - "What'd I Say" (1964)
The four-foot-nine-inch country and rockabilly singer got the name Little Miss Dynamite for a reason -- and it’s all over this searing version of Ray Charles’ 1959 hip-twisting rocker. Recorded during the same sessions as single “Is It True,” which charted on both sides of the Atlantic, its B-side features a knockout guitar solo from Page.
9. Nashville Teens - "Tobacco Road" (1964)
And the hits kept on coming. This quintet from Page’s hometown of Surrey, England got their start backing American stars like Jerry Lee Lewis and Carl Perkins on their tours of Europe. But in ’64 they hit the studio and tracked the biggest hit of the career. Page was invited in by his future Yardbirds manager Mickie Most to add guitar on the song’s oh-so-recognizable, overdriven and pulsating blues riff -- a nod to the work he’d produce with the Kinks and the Who.
8. The Rolling Stones - "Heart of Stone (Demo)" (1964)
It’s one of the best-known songs in the Stones’ catalog. Lesser-known, however, is that Page played on this early demo, featuring slip-and-slide guitar and a dagger blues solo from Page, plus Mick Jagger singing in a different tone (and some eerie backing vocals). It’s considerably looser and more countrified that the studio cut fans would learn to love. This version would sit unheard for over a decade until the Stones released it on a compilation in 1975.

7. Petula Clark - "Downtown" (1964)
It was Page’s first taste of stateside fame. Petula Clark’s melodic and upbeat pop hit -- a far cry from the fuzzed-out guitars attached to British Invasion -- reached the No. 1 spot on Billboard Hot 100. Page’s guitar is mostly behind the soaring orchestration and pulsing keys, but you can clearly hear his jazzy flicks in the middle verses. It proved to be Clark’s first No. 1, too, but hardly her last hit -- she’d earn a total of 15 top 40s in her career.
6. Shirley Bassey - "Goldfinger" (1964)
Page made a big entrance with the Kinks and Stones, but contributing to the theme song to a 007 movie was next level. Welsh dame Shirley Bassey recorded the lusty theme for the third installment in the Bond series, and the song has stood the test of time: The swooping strings, the “kisses of death” and “hearts of gold” and, of course, that seductive swoon -- the one familiar to millennials as the theme to the 007 Golden Eye video game. Page adds subtle acoustic guitar to the layers of mystery. [DUH-NUH NUH!!!]
5. The Who - "I Can't Explain" (1965)
Much has been made of Page’s contribution to the Who’s breakout song. He’s an accredited backing session player, confirmed by the band to have played rhythm guitar behind Pete Townshend’s slashing riff. Some point to another Page-featuring track by the Who, “Bald Headed Woman,” with a more distinct blues riff, as Page’s best contribution to that band. But reinforcing one of rock’s most notorious riffs isn’t a bad gig, at all. And who out there had previously heard of “Bald Headed Woman”? Exactly.
4. Jeff Beck - "Beck's Bolero" (1967)
It’s a guitar epic from an all-star band. Beck was fresh out of the Yardbirds and wanted to put together a crack band for his first solo single, a moody rock instrumental based on the rhythm of French composer Maurice Ravel's orchestral piece Boléro. Page, Beck’s childhood pal, helped assemble a dream team -- bassist John Paul Jones, his future Led Zeppelin bandmate, and the Who's Keith Moon on drums. Page picked up an electric 12-string, adding textures as Beck blasted off to space.
3. Donovan - "Season of the Witch" / "Sunshine Superman" (1966)
Page was a session musician for Scottish singer-songwriter Donovan’s third album, Sunshine Superman, playing five tracks including “Hurdy Gurdy Man," “Teen Angel" and "The Trip." But it’s his work on “Season of the Witch” and the LP’s title track that bring an eerie psychedelia to the album—and to “beatnik out to make it rich” Donovan’s then-exploding career. On “Sunshine Superman,” Page’s shape-shifting licks collide with harpsichord and acoustic guitar, and on “Season of the Witch,” it’s all about the background notes he adds the mists of Donovan’s Mordor.
2. Them - "Here Comes the Night" (1964)
Page was there again for another of the British Invasion’s triumphant early moments. At this point in their career, Them, then fronted by a 19-year-old Van Morrison, had only recorded covers -- Page played on a few of those, too, including “Baby, Please Don’t Go.” But “Here Comes the Night” would be the first time the group recorded one of their original compositions, and it set the stage for Morrison’s bright career (and distinctive songwriting style). Page anchors the rhythms while lead guitarist Billy Harrison nails the song’s distinctive, five-note riff.
1. Joe Cocker - "With a Little Help From My Friends" (1968)
Every fan of Kevster, Paul and Winnie from the hit TV series The Wonder Years recognizes Page’s wailing opening notes to this solid-gold Beatles cover. Toward the end of his tenure with the Yardbirds, but before starting up Led Zeppelin in ‘68, Page returned to the studio to lend a little help to his friend, British crooner Joe Cocker, then working on his debut solo album, aptly titled With a Little Help From My Friends. Page would play on over five album tracks, but his dramatic contribution here will always be what we remember best. Page explodes over an organ intro with the song’s signature guitar howling. Cocker builds the song up and up again, pleading quietly then snarling through the choruses. It hit No. 1 in the U.S. -- another notch on Page’s belt -- all before he started Led Zeppelin.
source: https://www.billboard.com/articles/columns/rock/8021996/before-led-zeppelin-jimmy-page-songs 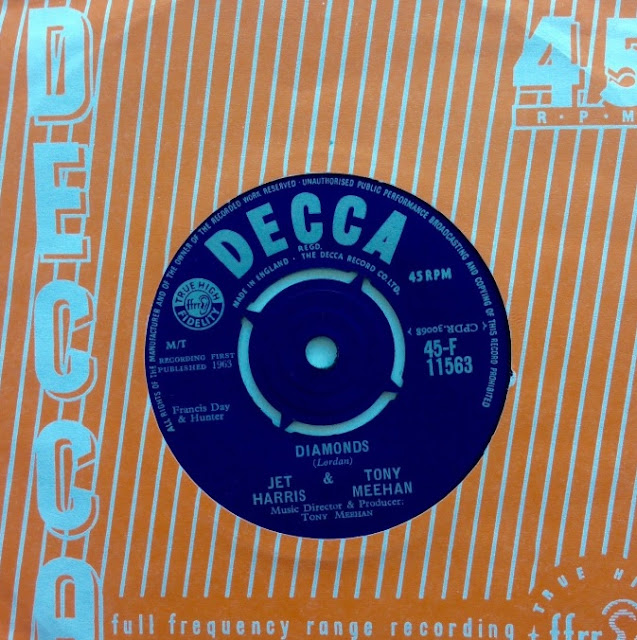