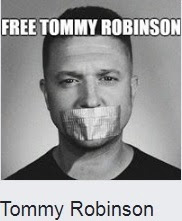 Tommy Robinson is the last lion of the United Kingdom. What he tells us in this exclusive interview is heartbreaking, enraging, inspiring, desperate…
https://cdn.embedly.com/widgets/media.html?src=https%3A%2F%2Fwww.youtube.com%2Fembed%2FXeC-4XQQYdU%3Fwmode%3Dtransparent%26feature%3Doembed&wmode=transparent&url=http%3A%2F%2Fwww.youtube.com%2Fwatch%3Fv%3DXeC-4XQQYdU&image=https%3A%2F%2Fi.ytimg.com%2Fvi%2FXeC-4XQQYdU%2Fhqdefault.jpg&key=e23856ccc1f011e0b5e44040d3dc5c07&type=text%2Fhtml&schema=youtube
But a little bit hopeful, too.
That was edited version of our conversation. We actually spoke for more than two hours — if you want to see the extended cut, we have posted it, below.
Tommy has to go back to court — the Attorney General is insisting on a re-trial for contempt of court, for that same incident back in Leeds, in May. They actually want to convict him again, maybe to throw him back in prison again.
Just yesterday I received a new invoice from Tommy’s law firm, Carson Kaye. They’re a good firm who won at the court of appeal. But now they have to prepare for his second trial. It will cost tens of thousands of pounds — and I’m sorry to ask you again, but if you are at all moved by Tommy’s case, please help us continue to crowdfund his legal defence, by going to Save Tommy.com. (Any surplus after the lawyers are paid will go to Tommy’s family to take care of them.)
You saw just now how grateful he is for your support.
We will be there at his next trial in London, and we’ll keep telling the truth about Tommy as long as the mainstream media keeps lying about him.
PS: Here is the full, unedited version of the interview, which runs just over 2 hours long:
https://cdn.embedly.com/widgets/media.html?src=https%3A%2F%2Fwww.youtube.com%2Fembed%2FJLuo582rKgI%3Fwmode%3Dtransparent%26feature%3Doembed&wmode=transparent&url=http%3A%2F%2Fwww.youtube.com%2Fwatch%3Fv%3DJLuo582rKgI&image=https%3A%2F%2Fi.ytimg.com%2Fvi%2FJLuo582rKgI%2Fhqdefault.jpg&key=e23856ccc1f011e0b5e44040d3dc5c07&type=text%2Fhtml&schema=youtube
Posted by butlincat at 11:16 pm