Have you been censored ["shadow banned"] with a restricted audience on top social media sites but don't even know it? + "The Social Media Censorship Continues!" - Luke Rudkowski [We Are Change] Shadow banning (also called stealth banning, ghost banning or comment ghosting) is the act of blocking or partially blocking a user or their content from an online community such that it will not be readily apparent to the user that they have been banned.

Shadow banning is controversial because it allows an administrator or moderator to effectively become a censor and prevent specific users from interacting with other members of an online community on an equal basis.

Shadow banning and outright banning are only the tip of the iceberg: everyone who posts content on the Web or social media is subject to much more subtle and completely opaque controls on how much of your digital presence has been ghosted–not just in social media communities but in searches and how links to your site/content and re-posts of your content are handled by the tech cartel that controls what’s visible and “found” on the Web and social media.
This cartel is dominated by Google and Facebook. Google controls over 90% of all search: what search results are displayed, the weight given to links (the page-rank assigned to websites) and a variety of other factors that can be depreciated, removed, omitted or blocked by algorithms and/or human censors (a.k.a. administrators) without recourse and without the site or user being informed. [very true. Overnight - earlier this year - very blog was censored and is still now only 10% of the views it had been for years - from 4-5000 views / day, to the present 500+ views / day. That'll teach me to post about Wikileaks etc. constantly [it won't actually]. While this chart displays the dominance of Facebook and Google in digital ad revenues, it is a rough proxy for their dominance in mindshare, user data collected and control over what is displayed and not displayed in search results and social media. We are all digital ghosts now, and how much of your digital shadow is visible to the world is secret / opaque. If you violate company policies or applicable censorship laws (as interpreted by the company attorneys), the corporation will notify you that your account has been frozen or banned.
In these instances, users and content creators are informed of their purported violation.
But this visible part of Web / social media censorship is only the tip of the iceberg. Most of the censorship is invisible and undetectable. Here’s an example of how this might work.
Facebook has reportedly based one of its censorship programs on the demonstrably bogus (and anonymously produced) PropOrNot list that was hyped by the Washington Post in 2016. The list of sites accused of being Russian propaganda outlets was a grab-bag of left, right and center websites whose only “crime” was publishing some bit of skepticism about the coronation of Hillary Clinton.
So a bogus anonymous list becomes the foundation of Facebook’s censorship efforts. This is precisely how the former Soviet Union’s secret police operated: a falsely reported association became the foundation of surveillance and the setting of various traps and snares to catch anti-social elements in the act of undermining the regime.
That the association was false no longer matters. What matters is your name is on the list. It turns out oftwominds.com made it on the modern-day NKVD-Stasi list of PropOrNot, which despite being debunked has taken on a life of its own in the New Police State of Facebook, Google, et al.
You might have heard about a targeted website’s traffic suddenly plummeting 30% or 40% literally overnight. Well, it’s true. Many sites left and right report their traffic mysteriously and suddenly plummets without any explanation by the organs of censorship (Facebook, Google, et al.)It happened to oftwominds.com this month. I have traffic data going back to 2005, and my traffic (visits and page views) has been remarkably steady for years. The number of my posts per week remains the same, my engagement on social media remains the same (as far as I can tell, heh) and my page rank remains the same (5) (again, as far as I can tell).
So when my traffic drops like a light switch was flipped, I notice.
I hope you’ll enjoy the irony that many if not most of the charts published on my site are from the Federal Reserve Economic Data site (FRED). But this is akin to the innocent citizen snagged by the NKVD or Stasi for unspecified crimes against the people protesting his innocence and good citizenship: none of that matters. What matters is your name is on the list, and our administrators are obligated to track your digital presence and digitally ghost you by adjusting search results to depreciate your presence, underweight links from other sites, jam attempts to re-post your content and so on.
None of this is visible or reported. It all happens behind the closed doors of Facebook, Google et al. Just as loyal employees of the NKVD and the Stasi were constantly told they were the bulwark of the people against enemies of the state, employees of Facebook, Google et al. are told they’re weeding out “fake news” and “propaganda” (like those charts from the Federal Reserve Economic Database) that is disruptive and divisive.
In other words, they’re good Germans doing their masters’ bidding, for very handsome salaries, bonuses and stock options.
Meanwhile, the incomes of those secretly ghosted without trial or recourse plummets along with their traffic. The net result of the perverse magic of tech cartel censorship is only the wealthy few can afford to keep posting original content after they’ve been ghosted.
Should Facebook, Google et al. reassure us we haven’t been ghosted, why should we believe them? Since the entire apparatus of censorship is operated by private, for-profit corporations in complete secrecy, on what basis would their assurances be credible or verifiable?Just about the only bulwark against being silenced by the modern-day tech-corporate-NKVD-Stasi is Patreon–individuals who provide financial support of independent voices and analysis because they value those independent analysts and content creators.It doesn’t matter whether you consider yourself left, right or center.
If you want to resist secret censorship of both the left and the right, then please consider supporting the independent commentators and analysts who have enhanced your life with value, insight or entertainment. Thank you, patrons and financial supporters of oftwominds.com and other independent content creators. Thanks to you, the tech cartel can ghost us and our content but they can’t erase it entirely.
At least not yet.
If you’re not sure where to start, search Patreon.com for the names of those independent content creators you value. Consider subscribing to independent journals like Counterpunch magazine which is currently in a fundraising drive. I just re-upped (and also contributed to independent blogs I value)– not because I agree with everything they publish but because I value their independence.
My new mystery The Adventures of the Consulting Philosopher: The Disappearance of Drake is a ridiculously affordable $1.29 (Kindle) or $8.95 (print); read the first chapters for free (PDF)
My book Money and Work Unchained is now $6.95 for the Kindle ebook and $15 for the print edition.
Read the first section for free in PDF format.
If you found value in this content, please join me in seeking solutions by becoming a $1/month patron of my work via patreon.com.
NOTE: Contributions/subscriptions are acknowledged in the order received. Your name and email remain confidential and will not be given to any other individual, company or agency.
You can read more from Charles Hugh Smith at his blog Of Two Minds, where this article first appeared.
source: https://www.activistpost.com/2018/10/shadow-banning-is-just-the-tip-of-the-iceberg-were-all-digital-ghosts-now.html?utm_source=Activist+Post+Subscribers&utm_medium=email&utm_campaign=707acb6428-RSS_EMAIL_CAMPAIGN&utm_term=0_b0c7fb76bd-707acb6428-387903445 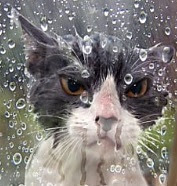 Posted by butlincat at 6:25 pm