RESEARCHER WARNS THAT 5G MIGHT ACTUALLY CAUSE CANCER AFTER ALL - 5G Alex Jones releases the secrets of Bird Box + 5G: ALL YOU NEED TO KNOW? "The roll out of 5G wireless service is 'a massive health experiment,"

RESEARCHER WARNS THAT 5G MIGHT ACTUALLY CAUSE CANCER AFTER ALL

"MEANWHILE, WE ARE SEEING INCREASES IN CERTAIN TYPES OF HEAD AND NECK TUMORS."
BY JON CHRISTIAN / OCTOBER 18 2019
As 5G cellular network tech looms, conventional wisdom dictates that cell phone radiation is more or less safe for humans.
But writing for the widely respected magazine Scientific American, University of California, Berkeley, public health researcher Joel Moskowitz argues that we don’t yet understand the risks — and that more study is necessary before we roll out 5G infrastructure.
Moskowitz’s main concern: there just isn’t any research on the health effects of 5G. But he also points to a swathe of studies that suggest that the existing standards 2G and 3G are more dangerous than generally believed.
“Meanwhile, we are seeing increases in certain types of head and neck tumors in tumor registries, which may be at least partially attributable to the proliferation of cell phone radiation,” he wrote in SciAm. “These increases are consistent with results from case-control studies of tumor risk in heavy cell phone users.”
It’s hard enough to quantify the health effects of things that have already been deployed, nevermind an upcoming technology. But in SciAm, Moskowitz argues that regulators should listen to the 250 doctors and scientists who recently signed the 5G Appeal, a petition for a moratorium on public rollout of the tech until the health implications are better understood.
“As a society, should we invest hundreds of billions of dollars deploying 5G, a cellular technology that requires the installation of 800,000 or more new cell antenna sites in the U.S. close to where we live, work and play?” he asked. “Instead, we should support the recommendations of the 250 scientists and medical doctors who signed the 5G Appeal that calls for an immediate moratorium on the deployment of 5G and demand that our government fund the research needed to adopt biologically based exposure limits that protect our health and safety.”

READ MORE: WE HAVE NO REASON TO BELIEVE 5G IS SAFE [SCIENTIFIC AMERICAN]

MORE ON CELL PHONES: YOUR CELL PHONE COULD CAUSE CANCER — UNDER VERY SPECIFIC CONDITIONS
source:  https://futurism.com/neoscope/researcher-warns-5g-cancer

Alex Jones To Release The Secrets of Bird Box


5G: ALL YOU NEED TO KNOW? "The roll out of 5G wireless service is 'a massive health experiment,' public health expert warns as cell companies install 800,000 towers across the US"

The roll out of 5G wireless service is 'a massive health experiment,' public health expert warns as cell companies install 800,000 towers across the US

Wireless carriers are constructing cell towers a stronger, faster 5G network, but some experts warn that the updated service's health effects are unknown and potentially dangerous.
Today, there are 154,000 cell towers in the US, according to wireless communication association, CTIA. By 2026, it estimates another 800,000 will be needed to support 5G.
The network update will bring more Americans into closer proximity with milimeter waves, very short-wave radiation.
Research on cell phone radiation has yielded mixed findings, but some studies have linked older wireless service generations to cancers of the heart and reproductive organs, and 5G's health effects have hardly been studied. 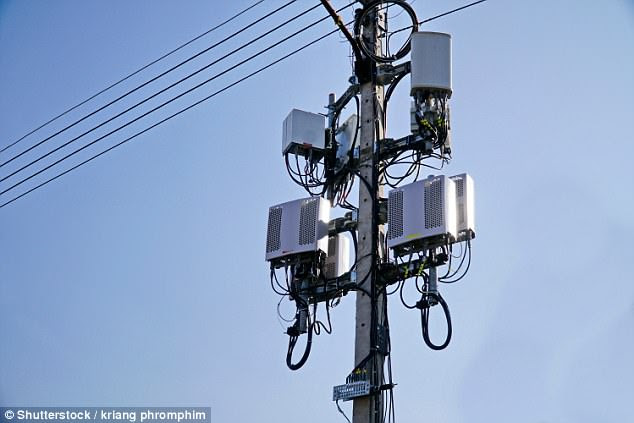 +1
Wireless providers have begun installing 800,000 'small cell' towers to support the roll out of the new 5G cellular network, but some public health experts warn they may endanger humans
The new network is slated to support at 100 billion devices, connecting to the internet at anywhere between 10 and 100 times the speeds that information travels through the 4G network.
In order to facilitate these speeds, the new network communicates through millimeter waves (MMWs) rather than microwaves, as previous generations have.
The microwave networks are nearly saturated, hence the switch to the virtually untouched, lower frequency MMWs for 5G.
But smaller waves cannot travel as far, or through as many types of materials.
This means that there will need to be far more individual 'small cell towers' closer together - some have suggested they will be on every street corner in the US.
The 5G technology is too new to have been thoroughly tested and studied by many parties outside of cell service providers. According to Dr Joel Moskowitz, a public health professor at the University of California, Berkeley, MMWs could pose a very real danger.
'The deployment of 5G, or fifth generation cellular technology, constitutes a massive experiment on the health of all species,' he told Daily Mail Online.
Because MMWs are weaker than microwaves, they are predominantly absorbed by the skin, meaning their distribution is quite focused there,
'Since skin contains capillaries and nerve endings, MMW bio-effects may be transmitted through molecular mechanisms by the skin or through the nervous system,' Dr Moskowitz writes on his blog.
He also told Daily Mail Online that he's concerned that '5G will use high-band frequencies, or millimeter waves, that may affect the eyes, the testes, the skin, the peripheral nervous system, and sweat glands.'
'Millimeter waves can also make some pathogens resistant to antibiotics,' he added.
Dr Moskowitz is not alone in aprehensions.
The International Society of Doctors for the Environment, its subsidiaries in 27 countries and more than 200 doctors and scientists are all calling for a stop to be put to the roll out of 5G, 'due to concern that 5G radio frequency radiation will have adverse health effects,' Dr Moskowitz says.
So far, their warnings have gone unheeded.
Verizon began rolling out their 5G small cell towers in 11 cities 2017, and AT&T started installing the new generation of service in Waco and Dallas, Texas, as well as in Atlanta, Georgia this year.

5G going UP: To ALL youtubers You may want to watch this

Yea these went UP really fast and they were installed by unmarked utility trucks with guys there were A. not happy that I showed up with a camera and questions B gave me a lousy excuse.
R F B

The point of views and purpose of this video is not to bully or harass anybody, but rather share that opinion and thoughts with other like-minded individuals curious about the subject."*****
https://vimeo.com/user73954749 RFB on vimeo
https://www.youtube.com/watch?v=qE_zF... RFB II BACKUP CHANNEL
paypal.me/RichieFromBoston
https://www.patreon.com/RichieFromBoston Help me help others as well as Make much needed upgrades to my equipment and channel
https://twitter.com/NULOOKREFINISH TWITTER


Disclaimer: All works by RichieFromBoston are criticism, comment, news reporting, teaching and research.
-All footage taken falls under ''fair use'' of the Digital Millennium Copyright Act (1998). Therefore, no breach of privacy or copyright has been committed.
-FAIR USE STATEMENT
This video may contain copyrighted material the use of which has not been specifically authorized by the copyright owner. This material is being made available within this transformative or derivative work for the purpose of education, commentary and criticism, is being distributed without profit, and is believed to be "fair use" in accordance with Title 17 U.S.C. Section 107

Prepare to Get Freaked Out: Wetware, 5G Radiation Death, Panopticon Surveillance and

WARNING: THIS WILL BOGGLE YOUR MIND. Completely and permanently. Again We are immersed in a microwave ocean of electromagnetic frequencies, drowning in negative health effects that the U. S. Department of Health and Human Services and its counterparts worldwide are totally oblivious to or which are complicit with evil in creating a high-tech system that will enslave humanity in a lock down of planet earth, all the while making us sicker and more controlled." Thus spake my guest, Thomas Paine from AIM. Wetware is defined as "humorous: human brain cells or thought processes regarded as analogous to, or in contrast with, computer systems" and (chiefly in science fiction) "computer technology in which the brain is linked to artificial systems, or used as a model for artificial systems based on biochemical processes." No. This is here and now. This is not science fiction. The front man for government Big Brother has been identified and he holds the most disruptive patent ever facing civilization and human evolution. I interview Thomas Paine who along with Betsy Ross explore the corrupt U.S. Patent Office and how it has laid the digital web over the entire planet. No one will be able to escape unless we act now to sever its hydra-head. These are critical pieces that accompany and supplement the items discussed and referred. https://patriots4truth.org/ https://www.youtube.com/channel/UCv0d... The American Intelligence Media is more than an alternative news site or a cutting-edge news aggregator. Citizens are rewriting history–real time, based on truth, not on the lies of the main stream media and government controlled propaganda. The mission of AIM4Truth is to archive the progress we are making as we find out who we really are and where we really came from and are headed.

OMINOUS:  EVERYTHING YOU NEED TO KNOW ABOUT 5G - VIDEO

Everything You Need to Know About 5G 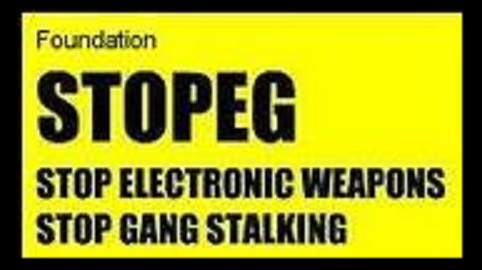 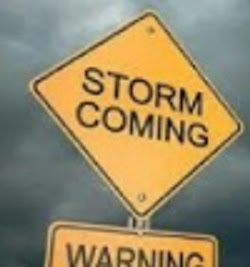 Posted by butlincat at 2:47 am