“A deeply disgusted Aussie parent has brought to light disturbing markings that appear on a range of popular ‘LOL Surprise’ dolls in recent days. Her video has drawn much attention; such is the impact that stores are already pulling these, totally inappropriate for children, items from the shelves. Read all about it here.

I’m confident after reading this disturbing piece by Michael Edwards, that a few will be stirred to write letters of objection to the manufacturer MGA Entertainment Inc, and stores throughout the UK, to have them removed from shelves here also. Please do pray also for Karen Worsford and her family’s protection. They have received death threats for drawing light to this sickening dark corner of the toy industry.

From today’s Lamplight Bible Reading Plan:
Micah 3:4 Then shall they cry unto the LORD, but he will not hear them: he will even hide his face from them at that time, as they have behaved themselves ill in their doings. (KJV)

Browsing Facebook, I recently came across an impassioned video made by one Kate Worsford, still reeling from the shock of discovering lingerie, bondage wear and strange tattoos on her daughter’s dolls, revealed after being soaked in ice cold water.  The outraged Aussie Mum, seething with disgust and with a few Aussie expletives to drive the point home, gave the ‘dolls’ the sort of indignant review any decent parent in their right mind would – perhaps minus an expletive or three, though her anger is wholly understood in the circumstances.  Striking a note with concerned parents worldwide, the video generated 8.7 million views in a matter of hours and has drawn invitations for Kate to share her story on Australian TV networks.

The range of ‘L.O.L Surprise’ dolls, acronym for ‘Little Outrageous Little Surprise’, is extensive and the types of markings varied and disturbing.  Before even being submerged some display fishnet stockings and red lipstick.  When submerged they reveal, to name but a few examples: shackles on wrists, faces turning blue, knee high boots, bandages around private parts reading ‘caution’, an anchor tattoo on leg, luciferian occult symbolism of a Baphomet head and horns over private parts, suspenders, checker (occult) patterns and a boy with a pizza on his back. These dolls are targeted at ages three and above!  (Not all dolls reveal markings of this kind but a significant number do.)

Why on earth would an image of a pizza appear on a boy doll’s back?  Well, anyone familiar with Pizzagate and the email communications of Former White House Chief of Staff John Podesta with the Clintons, Obamas and other senior figures will be aware of the hidden meaning.  For those who are not, 149 results referencing ‘pizza’ come up on Podesta’s emails to the Clintons on WikiLeaks, many of these are out of context and combined betray a well grounded suspicion of ‘pizza’ as a form of code for the sexual exploitation of children.   One cryptic message of 2/9/14 from professor and writer Susan Sandler to John Podesta reads as follows:

“ Hi John, The realtor found a handkerchief (I think it has a map that seems pizza-related. Is it yorus? They can send it if you want. I know you’re busy, so feel free not to respond if it’s not yours or you don’t want it.  Susaner” (WikiLeaks)

Paedophiles are looking to avail themselves the same ‘legitimacy’ and rights following on from those afforded to the LGBT movement.  They believe they ought not to be discriminated against either and have armed themselves with an acronym of their own, MAP, or  ‘Minor Attracted Persons’ and have twitter feeds named, MAPpride# and MAPpositivity#, MAPlivesmatter# and borrow slogans such as ‘age doesn’t matter’ or ‘age is just a number’.

Referring back to the email, the handkerchief had a message about a ‘minor attracted person’ that ‘seems pizza-related’.  There is enough coded evidence here to raise alarm bells, of course many mainstream news sources consider these arguments ‘conspiracy’ and ‘fake news’ material so expect that when conducting your own research.  But does it not seem totally out of place to show images of pizzas on children’s toys backs, like those on ‘LOL Surprise’ and might this provide an explanation?   Whether or not I am accurately putting the pieces together here there is definitely something clandestine and seriously malevolent taking place under our nose, hidden in plain sight.

There is no apparent clear warning as to what parents can expect when purchasing these disturbing and demonic items.  They are packaged in a ball with very little to no clear explanation as to the contents.  Another concerned parent, Lisa McBride of Glasgow, as reported here complained also that at the time of her purchase she hadn’t realized there were hidden and evil messages on the product, not noticing anything disclosing this on the packaging at the point of sale.

As welcome and necessary as Kate’s heartfelt opposition is, one wonders how these dolls grew, year on year, in popularity without any notable objection till now?  The ‘L.O.L Surprise’ dolls are manufactured by MGA Entertainment Inc.  The company, which also produces the slut-like garb of the Bratz range, aimed at young teens, has experienced tremendous worldwide success with the product which is hugely popular.  Focusing on the UK, ‘LOL Surprise’ scooped first prize for ‘UK Toy of the Year’ for a third consecutive time this January.  Prompting CEO and founder Isaac Larian to sqeual, “What an incredible fete – it’s a threepeat!!”

Raise a strong voice of objection

I wrote a complaint to MGA Entertainment Inc as follows:

“I request an official press release in response to the strength of protest expressed by concerned parents on social media platforms like Facebook and Youtube recently.  These relate to the MGA ‘L.O.L Surprise’ doll products.  Some of the dolls reveal totally inappropriate undergarments, when soaked in ice water.  Our readers would like to hear how MGA could possibly defend this blatant and disgusting sexualisation of children.”

They can be contacted here. I have yet to receive a reply.

Kate Worsford’s expose drew many expressions of love and support, but also, as might be expected she stirred a few snakes, who, rejecting the shame that is rightfully theirs chose to attack her and her family instead.   Her website was hacked and turned into a porn site in an attempt to destroy her reputation.  More serious are the death threats, duly reported to the authorities.  On the back of the threats to her family, bullying and intimidation she decided to delete all her social media presence by 21/8/20 to protect her family.  In her final live message, Kate tearfully expressed deep concern for the safety of children worldwide in light of the dangers of exposure on social media platforms and in the disgusting practices of the toy industry.  Her brave stand has already yielded positive results, with Australian chain of discount department stores ‘Big W’ pulling the dolls from their shelves within hours of this post – as reported here.

There is a war on our children’s innocence and the predators tentacles are more and more blatantly stretching out into all forms of commerce and media aimed at the children’s market.  In one of her last posts Kate asked for prayer.  Please do pray for Kate and her family and raise your own heartfelt objection in the strongest terms to MGA Entertainment Inc, and to distributors of toys throughout the UK.  I sent a similar message of objection to ToysRUs, but, of course, there are numerous others to target also. Hopefully, we too will see success, God willing, as consciences are stirred and these disgusting ‘toys’ removed from shelves.

Our Lord gave severe warnings to those who would intend to harm and corrupt the innocent: 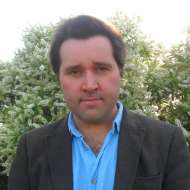 Posted by butlincat at 1:12 pm