Leading Left-wing barrister Michael Mansfield has been arrested over an allegation of domestic assault after an incident at a party.

The 73-year-old – who is said to have split from his second wife recently – spent much of yesterday in police custody being questioned over the alleged attack before being released without charge.
It is not known who was allegedly involved in the incident, but neighbours said they heard shouting and screaming from the house of one of the barrister's friends before the police were called and officers arrested him. 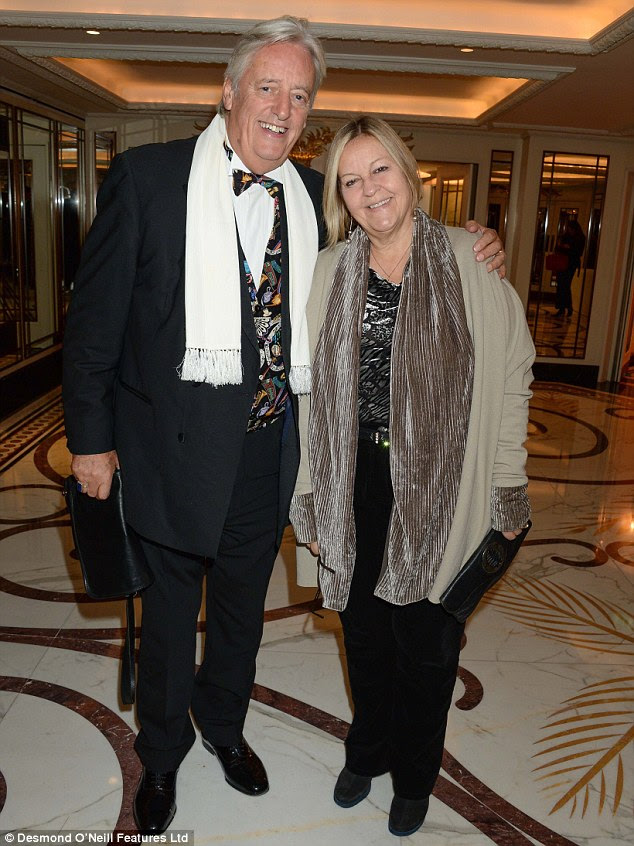 Copy link to paste in your message
+2
Rumours of a split: Michael Mansfield, 73, with his second wife, the artist Yvette Vanson, 65
Last night a police source said: 'Given who he is, we will be ensuring every 'i' is dotted and every 't' is crossed, but we are carrying out a thorough and entirely impartial investigation.'
Mr Mansfield, who is known as 'Moneybags Mansfield' for the fortune he has earned from his high-profile legal career, was arrested outside a house in Lymm, Cheshire, shortly after 10pm on Saturday and taken into custody for questioning.
He has been in the area in recent months representing families of some of the victims of the Hillsborough disaster at the new inquests being held in nearby Warrington, although he hasn't been attending hearings in recent days.
A neighbour said: 'At around 10pm there was a lot of shouting and swearing coming from the back of the house. I could hear it clearly because I had the windows wide open.

'They have lots of parties, and because they have a hot tub out the back the noise really carries on summer nights.'
A long-time champion of Left-wing causes, the self-styled 'radical lawyer' has represented families of the Bloody Sunday victims as well as those wrongly convicted of the IRA pub bombings in Guildford and Birmingham.
In 2013 a judge reprimanded him for being too aggressive in his questioning of a policeman at the inquest into the shooting of Mark Duggan in the run-up to the previous summer's riots. 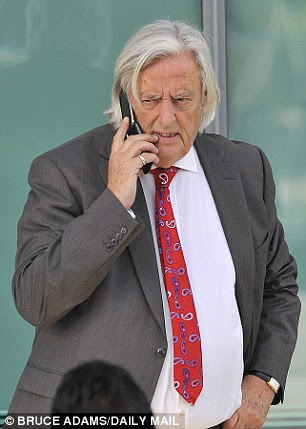 Copy link to paste in your message
+2
The 73-year-old spent much of yesterday in police custody being questioned over the alleged attack.
A veteran of the Radio 4 programme, The Moral Maze, Mr Mansfield also represented Mohamed Al Fayed at the inquests into the deaths of Princess Diana and Al Fayed's son Dodi.
There were calls for him to lead the independent inquiry into historic child sex abuse now being headed by New Zealand judge Lowell Goddard, but instead he is representing a group of victims.
The Daily Mail's Sebastian Shakespeare's Diary revealed this year how friends had claimed he had split from his wife of 23 years, the artist and film-maker Yvette Vanson, 65, with whom he has a son.
'There have been tensions in the marriage for some time,' one said.
The marriage had survived an alleged affair in 1995 when Debby Sadler, the former wife of television reporter Brent Sadler, told the News of the World how she interviewed him as a BBC researcher before ending up in his hotel room.
She told the newspaper how he put her up at the same Spanish holiday resort as his second wife and young son, sneaking away to meet up with his mistress.
'Every evening at 5pm he'd shake out his towel by the pool,' she said.
'This signal meant he was heading for the beach and I was to follow. He used to leave Yvette late at night saying he was going for a stroll then dash to my room and make love.'
Mr Mansfield, who shared a luxury flat by the Thames in South London with Miss Vanson, also has five children with first wife Melian Bordes, the university sweetheart to whom he was married for 17 years.
People living near the house where the party is thought to have been held said they hadn't seen Mr Mansfield visiting Lymm, a prosperous canalside town with cafes and wine bars.
Today a spokesman for Cheshire Police said: 'At approximately 10.15pm on Saturday July 11, in Lymm, we were called to a domestic incident.
'Officers attended the scene, a 73-year-old man was arrested on suspicion of domestic assault.
'Following questioning a case file was presented to the Crown Prosecution Service and a decision was made to take no further action.'