SHOCKING: "The truth about SAS shoot-to-kill night raids, by the hero of 200 secret ops"

An SAS soldier has sensationally lifted the lid on the elite regiment’s controversial shoot-to-kill policy in Afghanistan – the subject of a multi-million pound investigation by military police.
In the first media interview with any SAS member to take part in operations included in the war crimes probe, the former trooper admitted to The Mail on Sunday that illegal killings were ‘an unwritten rule of our job’ but strongly defended the regiment’s actions.
His gripping account of top-secret night operations in Afghanistan comes after claims emerged that SAS members had killed unarmed civilians in cold blood and falsified mission reports. 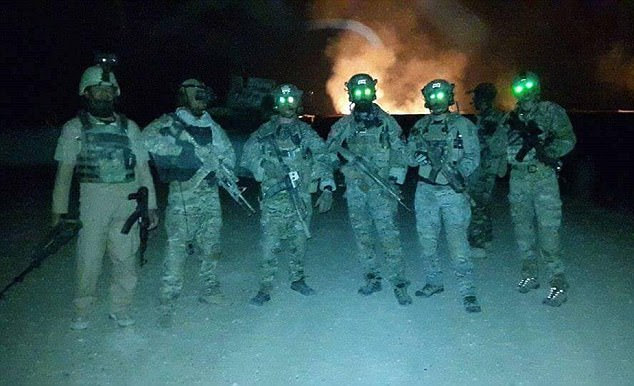 Pictured: Afghan and Western Special Forces in Helmand
Province Afghanistan fighting the Taliban. A former SAS soldier has admitted to The Mail on Sunday that illegal killings were ‘an unwritten rule of our job’ but strongly defended the regiment’s actions.


The shocking allegations emerged as part of an investigation by the Royal Military Police (RMP) codenamed Operation Northmoor.
The battled-hardened soldier told how the central claims levelled against the SAS were flawed. He said:
Speaking exclusively to this newspaper on condition of anonymity, the soldier revealed how he took part in 200 night raids between 2010 and 2013, many investigated as potential war crimes by the RMP.
He also admitted civilians, including children, had died when operations went wrong but said: ‘Our accusers say that some of the killings which took place were unlawful but we only targeted those responsible for orchestrating the campaign of violence directed towards British troops across Helmand Province. 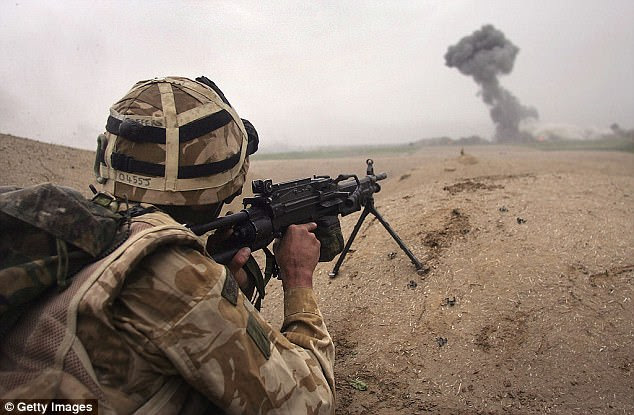 A British commando fires at Taliban near Kajaki in the Afghan province of Helmand in 2007 (file photo)
‘We went in hard and I admit the tactics do sound gruesome, but these were bad men. We hunted them down only after their guilt had been established by a network of local informants as well as our various high-tech assets.’
He also told how Taliban fighters went to great lengths to avoid being identified. ‘They wouldn’t be seen waving rifles around. Similarly, they wouldn’t make mobile phone calls. They would employ another Afghan to make them on their behalf because they knew we were listening to what they were saying.
‘So when someone is that careful to cover their tracks, what do you do? Arresting them was pretty pointless because they would only be held for a few days before being released. So for me, the end justified the means.’

How the Mail on Sunday led the way