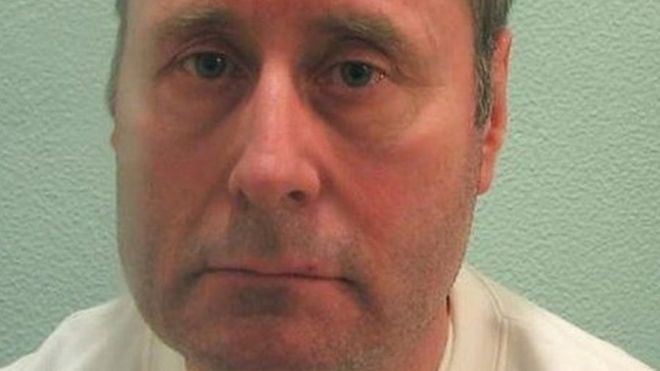 John Worboys, thought to be one of the UK's most prolific rapists, is to be freed from jail.
The black-cab driver is believed to have carried out more than 100 rapes and sexual assaults on women in London between 2002 and 2008.
Worboys, now aged 60, gave his victims drug-laced champagne before attacking them in the back of his cab.
In 2009, he was convicted at Croydon Crown Court of 19 offences and ordered to serve at least eight years in jail.

The following year police said other women had come forward and that the suspected number of his victims now totalled more than 100.
Worboys, a former stripper from Rotherhithe, south-east London, has spent 10 years in custody including a period on remand.
After a hearing about his case in November, the Parole Board decided to approve his release with "stringent" licence conditions.
He will have to report to probation staff every week and is barred from contacting any of his victims.


Fay Maxted, the CEO of The Survivors Trust, said Worboys' release was "very frightening and worrying for his victims".
She said: "He's served his sentence and will be on a stringent licence. But for his victims there will be no parole, there is no let-off for what he has done to them.
"When you are raped, or sexually assaulted in this way, there is no way to recover, especially when these attacks were so deliberate and calculated."
Skip Twitter post by @LDNVictimsComm

Victims Commissioner
✔@LDNVictimsComm
If they opted into victim contact scheme, under Victims Code of practice, they had right to be informed. If that’s not happened, then Probation have breached code. Unfortunately the code currently holds no weight, so breach is meaningless but impact on the victim is not. https://twitter.com/dannyshawbbc/status/948973473300406272 …


Report
End of Twitter post by @LDNVictimsComm
One of Worboys' victims told BBC News she was unaware that his parole hearing had been successful and he was due to be let out.
Harriet Wistrich, a lawyer who represents two of Worboys' victims, said neither woman had received a letter to inform them that the convicted rapist would be released.
She said one of the women felt she should not have had to "receive the news and see his face everywhere while cooking tea for her children".
Mrs Wistrich criticised the original sentence as being too short, saying it was just "one month per sexual assault".
She said: "It feels like another smack in the face, after having spent years battling for justice to [hold] the police to account for failing to investigate, that they've also not had the courtesy to inform her".


In 2014 Mrs Wistrich's clients won their High Court bid to receive compensation from the Met Police over the way the case was handled.
At the time Mr Justice Green said "systemic" failures in the investigation meant Worboys was not stopped earlier.
Worboys' period on licence lasts for at least 10 years and he can be sent back to jail if he breaches the conditions.
The Parole Board said in a statement: "We can confirm that a three-member panel of the Parole Board has directed the release of Mr John Worboys, following an oral hearing."

According to the judge who sentenced him in 2009, John Worboys had "developed and perfected a web of deceit" to ensnare his victims.
The question raised by his imminent release is whether Worboys may have deceived the Parole Board into concluding that he no longer posed a threat to women.
Parole panel members have specialist skills and experience but manipulative individuals who are desperate for freedom may be able to convince even the most sceptical criminal justice practitioner that they should be given a chance.
A second concern is whether Worboys has been let out to help cut the backlog of prisoners who have served longer than the minimum term imposed as part of their indeterminate sentence for public protection (IPP).
The Parole Board, together with the Ministry of Justice, has been working hard to reduce the numbers - in 2016-17, 46% of all IPP offenders considered for parole were successful.


At his trial, jurors heard Worboys picked up his victims in the capital's West End and gave them champagne laced with sedatives, claiming he had won the lottery or had won money at casinos.
He was convicted of one rape, five sexual assaults, one attempted assault and 12 drugging charges.
As well as being ordered to serve at least eight years, Worboys was given an indeterminate sentence, meaning he could be kept in prison as for as long as he was deemed to remain a danger to the public.
In 2010 Worboys had an appeal against his conviction thrown out by the Court of Appeal, where Lord Justice Moses labelled his offences as "appalling".
Malcolm Fowler, a retired solicitor of 48 years, said Worboys "would be anything but a free man" on his release from prison.
"The judge said he was going to serve at least eight years, and he has served a little more than that.
"Worboys is not walking a free man from prison. He is going to be on a very conscious monitoring system, and rightly so."
The Metropolitan Police said it would not be commenting on Worboys' release.
source: http://www.bbc.co.uk/news/uk-england-london-42571219