The number of prosecutions in England and Wales that collapsed because of a failure by police or prosecutors to disclose evidence increased by 70% in the last two years, the BBC can reveal.

Last year, 916 people had charges dropped over a failure to disclose evidence - up from 537 in 2014-15.
It comes after recent collapsed rape cases highlighted a failure to share evidence with defence solicitors.
The Crown Prosecution Service said the justice system had "systemic" problems.
In the lead up to criminal trials, police and prosecutors have a duty to disclose evidence that might either assist the defence case or undermine the prosecution's.
However, the recent collapse of several rape cases has heightened concerns that evidence is not being disclosed early enough, and that the rules are not being followed.
In December, the trial of Liam Allan, who faced 12 counts of rape and sexual assault, was halted.
The case against Mr Allan was dropped when it emerged evidence on a computer

disc - which police had looked through - showed messages from the alleged victim pestering him for "casual sex". 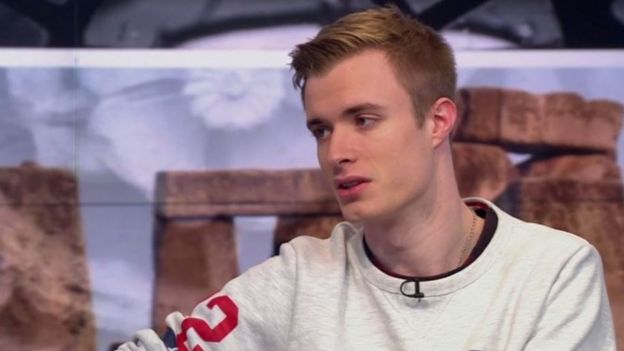 Last week, a rape charge against Oxford University student Oliver Mears was dropped on the eve of his trial, after a diary which supported his case was uncovered.
Surrey Police admitted its investigation had been flawed and launched an internal review.
Surrey's Chief Constable Nick Ephgrave told BBC Radio 4's Today: "For too long disclosure has been seen by many officers as something that is subsequent to an investigation, ie. an administrative process at the end, rather than something that should be integral."
He acknowledged it was "no small task" to train the police force to think differently, but an improvement plan would be published shortly.

By BBC home affairs correspondent Danny Shaw
Suddenly, disclosure is a hot topic. It used to be seen as a rather dry part of the trial process which no one quite understood.
Occasionally, there would be a headline about a miscarriage of justice because evidence was not disclosed; a review would be set up with a promise that "lessons will be learned", before the issue disappeared again.
But the recent spate of collapsed rape prosecutions has highlighted that disclosure is not some theoretical concept but a vital legal procedure that affects people's lives.
The CPS figures demonstrate that these are not isolated cases and although the number of disclosure-related failed prosecutions is comparatively small, it is increasing.
There have been three official reports into disclosure in seven years (Lord Justice Gross, Richard Horwell, CPS inspectorate) but only now, it seems, is there a determination among police and prosecutors to grip the issue.
Jerry Hayes, the prosecuting barrister in Liam Allan's case, fears innocent people were "probably" being jailed because of disclosure failings.
"And it may have been some time ago and it may well be that evidence is destroyed. Their lives are now destroyed," he told the Today programme.
Julia Smart, defence counsel for Liam Allan, said she was not surprised by the BBC's figures, saying she and her colleagues believed "objective investigation" was not happening.
She said it was partly down to resources but police also needed to consider all possible lines of inquiry, not just focus on building up a case, and the prosecution should not be holding onto evidence. 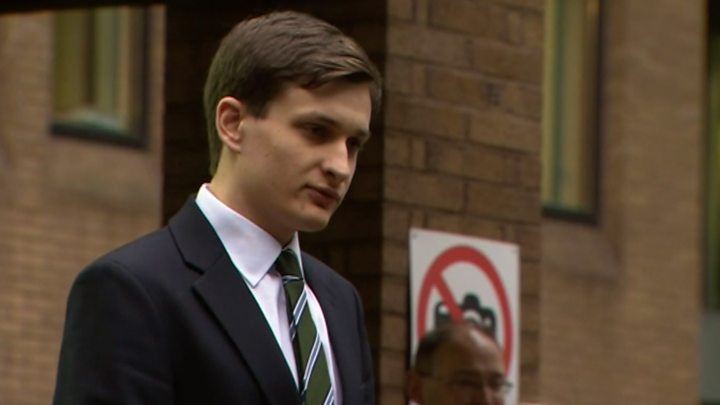 Samuel Armstrong, an aide to Conservative MP Craig Mackinlay, was cleared by a jury of raping a woman after evidence was handed over just before his trial.
He said he and the woman had been drinking and dancing to jazz music before having consensual sex in the MP's Westminster office. The court heard the woman had given the story to journalists 15 hours after the pair had sex.
Mr Armstrong told BBC 5 live his message to director of public prosecutions Alison Saunders was: "You say that there is a problem and that you recognise it. You describe it as irritating and disappointing.
"For the young people involved it's much more - it's devastating," he said.
"If you think there's a problem, if you recognise that this is an issue, why don't you apologise to me, to Liam Allan and to all of the other young victims."

The new figures, obtained under the Freedom of Information Act, reveal the total number of people whose trials have ended or the charges against them dropped due to a failure to disclose evidence. 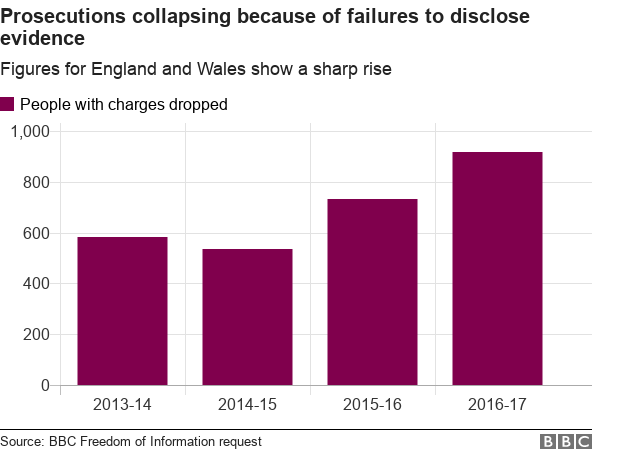 Over a four-year period, the number of completed prosecutions fell by almost 150,000 cases - from more than 736,000 in 2013-14 to just over 588,000 in 2016-17.
Angela Rafferty QC, chair of the Criminal Bar Association, blamed issues on a "lack of investment, training and attention to the criminal justice system".
She said barristers face "a daily struggle in respect of disclosure, delays and all the other disastrous consequences of a system that is openly described by MPs as at breaking point".
"The reasons for it must be properly explored and dealt with," she added.
She said Richard Foster, chairman of the Criminal Cases Review Commission, had written to the director of public prosecutions and the attorney general 18 months ago about the problem.
A CPS spokesperson said the number of dropped cases due to evidence disclosure failures represented just 0.15% of the total number of prosecutions.
"That is still too many, however, and we are clear that there are systemic disclosure issues across the criminal justice system which will require a collective effort in order to bring about improvement.
"Getting this right is a priority, and along with the police and other criminal justice partners we are working to improve how we fulfil these vital disclosure obligations."
Have you been affected by issues raised in this story? Please share your experiences with us by emailing haveyoursay@bbc.co.uk.
You can also contact us in the following ways: 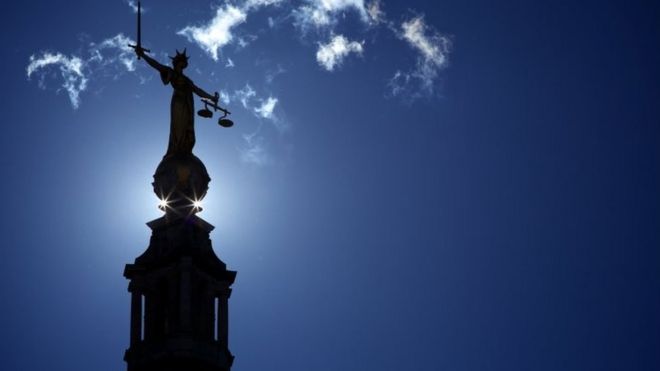 A judge has ordered the Crown Prosecution Service to explain itself in a case that collapsed because social media evidence was not disclosed.
The trial of three people held on trafficking and prostitution charges was stopped after the material cast doubt on the complainant's story.
Judge Perrins said the failure to disclose material earlier "would appear to be as a result of incompetence".
The CPS said it was "concerned" by the outcome and would review the case.
The trial of Adrian Iordan, Anisoara Lautaru, Petruta-Cristina Bosoanca was stopped after the complainant in the case had been cross-examined.
The defendants were charged with people trafficking under the Modern Slavery Act and controlling prostitution charges under the Sexual Offences Act.
They were accused of conspiring to traffic a young woman to the UK from Romania for the purpose of prostitution.
One defendant, Ms Bosoanca, gave birth during her 13 months in custody.

By Clive Coleman, BBC legal correspondent
This case could not illustrate more dramatically the devastating effect on people's lives that can result from a failure on the part of police and prosecutors to disclose evidence to the defence which can assist the defence.
Cristina Bosoanca has spent more than 13 months in prison, during which time she has given birth, when she should never have been there in the first place.
Her case also provides evidence that disclosure failures are not limited to rape and that there is, as lawyers in the criminal justice system have been telling me for years, a systemic problem with disclosure.
At its heart is a seeming inability by police and prosecutors to recognise the extent to which valuable evidence is to be found where people now live their lives - online, on mobile phones and on social media.
Searching these areas comprehensively for critical evidence is perhaps the criminal justice system's biggest challenge.

In a ruling at London's Wood Green Crown Court, Judge Perrins said: "It would also appear as though the court has been significantly misled as to the prosecution's state of readiness as well as the strength of the evidence at previous bail hearings as well as applications to extend the custody time limits.
"The fact that one defendant has had to give birth in custody and her baby is currently in prison with her makes this all the more shocking."
He demanded the CPS attend court on Wednesday to explain its failures in the case.
The BBC understands that relevant social media material was known to the police from January 2017 but wasn't disclosed until December 2017.
A CPS spokesman said: "We are concerned by the outcome of the case and the comments of the judge today.
"It is clear there have been failings in this case, and it is being reviewed by senior CPS lawyers as a matter of urgency."
source: http://www.bbc.co.uk/news/uk-42834667

Posted by butlincat at 1:34 am