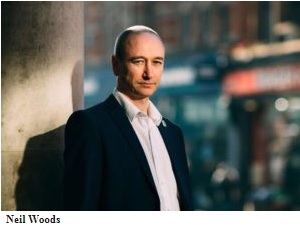 Neil Woods went undercover in 1993. He spent 14 years as a drugs squad officer, and estimates he’s responsible for prison sentences totalling over 1,000 years. But he came to realise that his work wasn’t just hopeless, it was actually causing the problems it was supposed to solve.
Like many ex-undercover officers, he suffers from PTSD. He has written a book about his experiences – Good Cop Bad War – and is chair of LEAP UK (Law Enforcement Action Partnership, formerly Law Enforcement Against Prohibition).
It’s notable that he does not feel the need to hide his identity. If an officer responsible for jailing people who murder betrayers can make advertised public appearances, there is no excuse for the political secret police to have their names withheld.
Scarlet Palmer interviewed Neil Woods for the Sensi Seeds site, but as the conversation turned from drug policy to the Undercover Policing Inquiry, Palmer knew she was hearing something that COPS readers would want to know.
Woods began by explaining the dissociation essential to being undercover, and how it was protection from colleagues as much as anything else.
Neil Woods: I never had any sense of community in the work I used to do really, because I was separated even from my own ranks. I couldn’t tell any of my colleagues who weren’t involved and the people I worked for, well, when I was dropped into an undercover op, I was using a pseudonym to the cops I was working with. Even they weren’t allowed to know my real name, and they could be disciplined for asking me. They were told that on the first day of the job. Obviously, it was a protection against corruption.

Scarlet Palmer: Mark Kennedy, who was undercover under the name Mark Stone, was originally deployed as an undercover ‘test purchase officer’ buying illegal drugs. Were you aware of the activities of the Special Demonstration Squad and the National Public Order Intelligence Unit? Do you see a difference between the political policing and the Drugs Squad policing?
NW: Actually, someone tried to recruit me into that kind of work. Specifically for animal rights, and I said no, and they tried again. And they actually – (laughs) – they actually explained to me that “well, this is important for the nation because we could lose this massive percentage of GDP if those companies left the UK”.
And I thought, “hang on a minute, so we – so you – so we’re actually using the police to protect private corporations now?” So that was my attitude, and I had a very low opinion of that kind of work, so obviously I didn’t go into that. I was just horrified by the idea, really.
SP: It must have been a comparatively cushy number infiltrating London Greenpeace.
NW: Oh I know.

NO RISK IN NAMING SPYCOPS

SP: The Undercover Policing Inquiry is up and running, even if it hasn’t formally started. Do you think that the names of the undercover police who spied on activists should be released?
NW: I follow this very closely – the question of the Met refusing, and fighting in court, the efforts to publish the names of people. Well yes, of course they should be published. Only it should be reviewed by a separate committee to decide whether those people would genuinely be at risk.
That group of political infiltrators, I have to say, there are maybe three or four people out of all of them who infiltrated extreme organisations from the right, or terrorist organisations, who would genuinely be at risk. So no, you can’t publish their names. But they’re not the controversial ones. The controversial ones are the people who were infiltrating essentially pacifist organisations. So the idea that they would be at risk from that is ludicrous.

To emphasise that point, I draw attention to my own story. I have infiltrated people who casually rape, maim and murder people. And here I am, with my name on a book, I even tell people I live in Herefordshire, and you’re telling me it’s not safe to publish the details of someone who spent way too many years hanging round with a bunch of, for the most part, completely pacifist protestors against what they perceived to be social injustice? There is no comparison there. The idea that they are now at risk is utterly ludicrous.
And the Met are dragging their feet over this tactically, they are taking the piss out of the entire inquiry system and the process by the way that they’re doing it, they’re behaving completely immorally, completely unethically, and I find the whole situation infuriating.

THE DUTY TO COOPERATE

What I find really frustrating about the undercover inquiry is that there are really serious ethical issues about the way that policing happens in this country. Really serious. And the police have a duty to respond and cooperate fully with that, and they are not doing. What they’re doing is unethical. They’re playing for time and hoping it goes away.
I would personally want to open up the undercover inquiry to include the kind of work that I did, because that kind of work is still going on, and it is causing harm. I can evidence that it causes harm to people.

SURVEILLANCE IMPACTS THE WHOLE OF SOCIETY

So you’re talking about police surveillance; police surveillance has got out of control. If you look at the instructions to undercover police officers, they are breached. Human rights are breached. I breached human rights. And these kind of things need studying, this needs getting out and into the public domain and studying properly.
Surveillance on this scale impacts not just individual human rights, it impacts the whole fabric of society. We have an opportunity now to answer the demands of those people affected by undercover policing, to actually get it out in the open, and the Met are being absolutely unforgivable in their tactics to delay the process.
Neil Woods will be giving a talk on undercover policing in London on 7 February.


.
ROGER PEARCE aka THORLEY #spycops + UNDERCOVER COPS: An inquiry just revealed how far the British state will go in its secret war on citizens + OVER 1000 POLICE HAVE CRIMINAL RECORDS + "True Spies" VIDEO