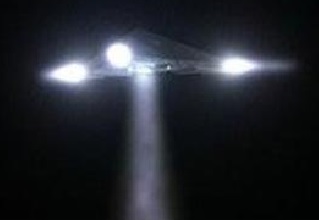 Can you explain this?

Genetic researchers have unraveled the mystery of a bizarre mummified skeleton once suspected of possibly being an alien.
The six-inch-long oddity was discovered back in 2003 in Chile's Atacama desert and, upon being revealed to UFO researchers, was heralded by some as a potential breakthrough in the search for ET confirmation.
Dubbed the 'Atacama alien' or 'Ata' for short, the skeleton's conical head and abnormally large eye sockets bore an uncanny resemblance to the iconic depiction of a grey ET.
This fantastic conclusion was, unfortunately, squashed five years ago when DNA tests on the 'alien' revealed that it was, in fact, a human being.
However, researchers were still stumped by what may have caused Ata's unique appearance, but a newly-published paper appears to have solved the mystery.
By way of DNA extracted from Ata's bones, geneticists were able to determine that this skeleton was that of a girl who was either stillborn or died shortly after birth.
The remarkable nature of the skeleton, they say, is the result of an astounding seven different mutations in genes responsible for bone development.
This confluence of genetic abnormalities resulted in the skeleton being more akin in composition to a six-year-old child as well as the variety of bone deformities which originally gave rise to speculation that Ata had been an alien.
Although the ultimate conclusion of the study may be a bit disappointing to UFO enthusiasts, the researchers behind the project say that their findings could go a long way towards diagnosing and treating those with skeletal deformities.
Source: The Guardian + https://www.coasttocoastam.com/article/atacama-alien-mystery-solved/

Published on Jan 24, 2018
Current estimates clock the Pentagons missing cash from 8-10 trillion. Where did it go? What is it being used for? The Real Reason the Pentagon is missing10 TRILLION Dollars. MUSIC: - https://www.youtube.com/watch?v=Vb-jZ... - The White Birch: Atlantis FAIR USE - All footage used in this video falls squarely under Fair Use, from the Copyright Act of 1976, which “is any copying of copyrighted material done for a limited and “transformative” purpose, such as to *comment upon, *criticize, or parody a copyrighted work. Such uses can be done 'without permission' from the copyright owner. FAIR USE - In a few parts of this video I read (self edited) from these sources: SOURCES: http://www.pagetutor.com/trillion/ind... https://www.globalresearch.ca/the-pen... https://en.wikipedia.org/wiki/Special... https://www.youtube.com/watch?v=6cjJE... https://isgp-studies.com/USAPs#secrec... http://area51looseends.blogspot.com/2... https://en.wikipedia.org/wiki/List_of... I do this full time with the help of your donations, anything helps, and is very much appreciated: PATREON: https://www.patreon.com/user?u=5149972 TIP JAR: https://www.paypal.me/mouthybuddha Add me on Twitter, lets chat! TWITTER: https://twitter.com/MouthyBuddha

Posted by butlincat at 7:52 pm