ATTEMPTED CENSORSHIP, BUT REJECTED: "European human rights chiefs order the British press NOT to reveal when terrorists are Muslims in crackdown on freedom of speech" [2016] - Daily Mail

Breathtaking to see how the infidel nation states are being  hoodwinked into  supporting the Islamic expansion project.

Europe orders British press NOT to reveal when terrorists are Muslims
The recommendations came as part of a list of 23 meddling demands to Theresa May’s government on how to run the media in an alarming  threat to freedom speech.
The report, drawn up by the Council of Europe’s human rights watchdog, blamed the recent increase in hate crimes and racism in the UK on the ‘worrying examples of intolerance and hate speech in the newspapers, online and even among politicians’, although the research was done before the EU referendum campaign had even begun.
The suggestions sent to Downing Street urging the UK Government to reform criminal law and freedom of the press and in a brutal criticism of the British press, the report recommends ministers ‘give more rigorous training’ to journalists.
But UK ministers firmly rebutted the remarkable demands, telling the body: ‘The Government is committed to a free and open press and does not interfere with what the press does and does not publish, as long as the press abides by the law.’ 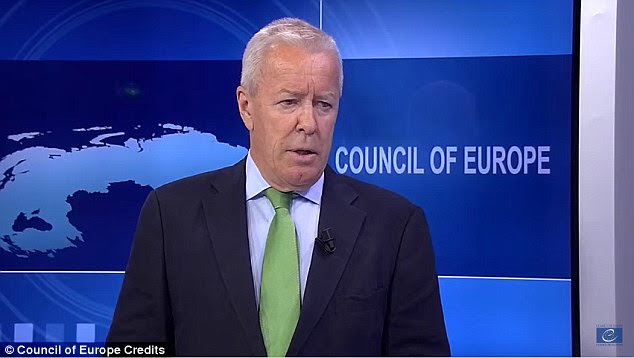 The European Commission against Racism and Intolerance (ECRI), chaired by Christian Ahlund (file picture) said discussions over immigration had caused increasing ‘xenophobia’.
The report, from the European Commission against Racism and Intolerance (ECRI) body, said there had been an increase in hate speech and racist violence in Britain between March 2009 and March 2016.
In an audacious move, the report recommends the British media be barred from reporting the Muslim background of terrorists.
And it comes after multiple terror atrocities by Muslim extremists across Paris, Brussels, Munich and other German cities over the last year.
Over the same period, there have been no major terror attacks in Britain.
The 83-page report states: ‘ECRI considers that, in light of the fact that Muslims are increasingly under the spotlight as a result of recent ISIS-related terrorist acts around the world, fuelling prejudice against Muslims shows a reckless disregard, not only for the dignity of the great majority of Muslims in the United Kingdom, but also for their safety.
‘In this context, it draws attention to a recent study by Teeside University suggesting that where the media stress the Muslim background of perpetrators of terrorist acts, and devote significant coverage to it, the violent backlash against Muslims is likely to be greater than in cases where the perpetrators’ motivation is downplayed or rejected in favour of alternative explanations.’ 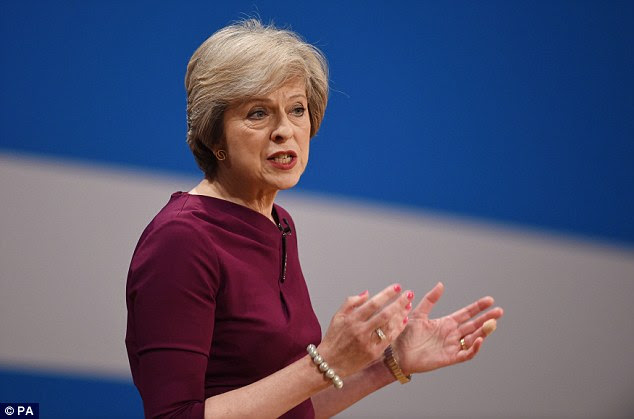 Theresa May’s government firmly rebutted the remarkable demands, telling Brussels: ‘The Government is committed to a free and open press and does not interfere with what the press does and does not publish, as long as the press abides by the law’ 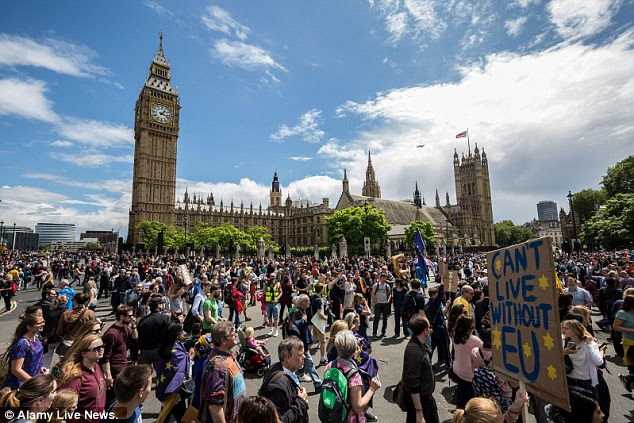 The aftermath of the referendum has raised tensions on both sides of the divide but the report today warned of a rise of in racism
.
The ECRI regularly assesses incidents of racism, xenophobia, anti-Semitism and intolerance across the EU’s 28 member states.
It bases its analysis on ‘a great deal of information gathered from a wide variety of sources’.
ECRI Chair Christian Ahlund, said: ‘It is no coincidence that racist violence is on the rise in the UK at the same time as we see worrying examples of intolerance and hate speech in the newspapers, online and even among politicians.’
The report also claimed that June’s Brexit vote ‘seems to have led to a further rise in ‘anti-foreigner’ sentiment, making it even more important that the British authorities take the steps outlined in our report as a matter of priority.’
source: http://www.dailymail.co.uk/news/article-3823706/European-human-rights-chiefs-orders-British-press-NOT-reveal-terrorists-Muslims.html#ixzz5DGEo7Fv6
Posted by butlincat at 7:09 am