Gabriel Pogrund and Tom Harper
April 15 2018, 12:01am, The Sunday Times
A Conservative MP suspended by his party is under police investigation for alleged sexual offences involving two female members of his staff, The Sunday Times can reveal.
In a disclosure that will reignite Westminster’s sex scandal, Charlie Elphicke, the MP for Dover and Deal, is accused of targeting two young female aides when he was alone with them.
The alleged victims were interviewed by specialist detectives from Scotland Yard’s sexual offences command earlier this year. The married father-of-two was interviewed under caution about the alleged offences last month, which are said to have taken place between 2015 and 2017.
The police investigation into Elphicke is the first confirmed case to emerge since the Westminster sex scandal erupted in autumn last year after the anonymous online publication of a list of alleged sex pests in parliament. It has already claimed the scalps of two senior ministers, Sir Michael Fallon, the defence secretary, and Damian Green, the de facto deputy prime minister.
Elphicke, 47, was suspended from the Conservative Party over unidentified “serious allegations” last November — four days after the internet list was published. On the day the Tory whip was withdrawn, Elphicke tweeted: “I am not aware of what the alleged claims are and deny any wrongdoing.”
Leaked documents reveal that senior Tory officials were first made aware of the allegations about Elphicke’s conduct in 2016. Sources say one of the alleged victims first approached the whips’ office, who registered the complaint and advised that she might wish to contact the police.
A Conservative official told the complainant that the party would investigate.
Documents from the House of Commons archives show that Elphicke has employed an all-male staff since February 2017, with the exception of an interim 56-year-old office assistant.
Once the Westminster sex scandal exploded nine months later, however, it is understood that the party received a similar complaint from a second alleged victim, and decided to refer Elphicke to Scotland Yard. At the time, Julian Smith, Tory chief whip, said: “I have suspended the Conservative party whip from Charlie Elphicke MP following serious allegations that have been referred to the police.”
A senior official in the Conservative Party whips’ office also said that a colleague had escorted one of the alleged victims to Scotland Yard to support her as she made her complaint.
Elphicke has continued to serve as an MP and has attended debates in parliament since his suspension. This weekend, Scotland Yard said:
“On March 12, 2018, a man was interviewed under caution, by appointment. The interview was in connection with an ongoing investigation being carried out by the child abuse and sexual offences command into alleged sexual offences. The interview took place at a police building. At this stage in the investigation the Metropolitan police will not comment further.”
Elphicke was elected to the House of Commons in 2010. One of the alleged offences is said to have occurred when he worked as a government whip under David Cameron.
Elphicke’s wife, Natalie, has fiercely defended him after the suspension, writing in this newspaper in November that he was the victim of “kangaroo courts” and calling on the prime minister to take action.
She drew a comparison between the case of her husband and Carl Sargeant, who took his own life after being sacked as a minister in the Welsh government for sexual misconduct without knowing the allegations against him. “It will never be the right action to withdraw the whip before the police have had a chance to consider whether to take action — or before an independent body has had a chance to consider appropriate action,” she said.
A government spokesman said: “These are serious allegations and subject to an ongoing police investigation. We cannot comment further.”
Elphicke said that “despite repeated requests to the chief whip and the police”, he did not know what the allegations were until he was interviewed by detectives last month.
“Naturally I am co-operating fully with the police and have made it clear to them that I vigorously deny any wrongdoing whatsoever. I am confident that I will be able to clear my name.
“In the meantime, I shall continue, as I have done over the last six months, with the support of constituents and colleagues, to carry out my duties and responsibilities as an MP.”
source: https://www.thetimes.co.uk/edition/news/police-quiz-tory-mp-charlie-elphicke-after-two-women-allege-sex-crimes-9zfb0kltj?utm_source=newsletter&utm_campaign=newsletter_101&utm_medium=email&utm_content=101_15.404.18%20Best%20of%20ST%20Russians%20(1)&CMP=TNLEmail_118918_3158305_101
Conservative MP Charlie Elphicke said he was “completely confident” of proving his innocence after reported allegations of sexual offences involving two members of his staff.
The Dover and Deal representative was suspended by his party in November last year following “serious allegations”.
At the time, Mr Elphicke denied any wrongdoing and said he did not know what the allegations against him were. 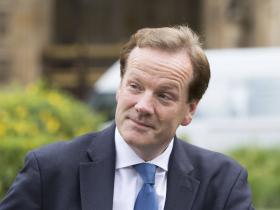 Tory MP suspended after ‘serious’ allegations referred to the police

The Sunday Times claimed the alleged female victims were interviewed by Scotland Yardearlier this year.
Police also spoke to the MP under caution on 12 March, which he claims was the first time he was made aware of the nature of the allegations.
In a post on Twitter, Mr Elphicke said: “It was some 5 months before I was made aware of what the “allegations” against me were.
“Now I know, I am completely confident I will be able to prove my innocence. I will continue to defend myself vigorously for as long as necessary.”
In a further statement published by the Mail on Sunday, Mr Elphicke added: “I met with the police on 12 March [and] was then told for the first time the nature of the allegations made against me.
“Until that point I had no idea whatsoever of the allegations which had led to my having the Conservative whip suspended in early November 2017, despite my repeated requests for clarification to both the chief whip and the police.”
A Metropolitan Police spokesman said: “On 12 March 2018, a man was interviewed under caution, by appointment. The interview was in connection with an ongoing investigation being carried out by the Child Abuse and Sexual Offences Command into alleged sexual offences.
“The interview took place at a police building. At this stage in the investigation the Metropolitan Police Service will not comment further.”
Press Association
source: https://www.independent.co.uk/news/uk/politics/charlie-elphicke-mp-sex-offence-allegations-confident-clear-name-conservative-party-a8305216.html
Posted by butlincat at 5:52 am