If reports are correct, Julian Assange could be Ecuador's most expensive guest.
By Biwa Kwan
Wikileaks has threatened to sue over a news report that Ecuador spent $5 million on a spy operation to protect founder Julian Assange.
The 46-year-old Australian has been holed up at the Ecuadorean embassy in London since June 2012, seeking refuge from extradition requests to face questions on sex crime allegations in Sweden.
The case was eventually dropped, but Mr Assange still faces arrest in Britain for skipping bail.
Mr Assange has said he believes the real reason for his legal troubles is the fact that WikiLeaks published US diplomatic and military secrets, and he fears that if he leaves the embassy he risks being extradited to the United States.
READ MORE Documents seen by The Guardian allege at least $5 million (£3.7m) was spent by Ecuador's government on a spy operation to protect Mr Assange over the years. More than half of the money was reportedly spent on three undercover agents for services labelled "intelligence and counter-intelligence operations".
The report by The Guardian and news website Focus Ecuador says Ecuador's president at the time, Rafael Correa, and foreign minister Ricardo Patiño approved the so-called "Operation Hotel". The secretive project cost around $66,000 a month, the report claimed, and included security costs, protected internet access and the monitoring of Mr Assange's visitors to the embassy.
“Hackers, activists, lawyers and journalists” were among those who were potentially monitored during their meetings with Assange, the report claims.
READ MORE 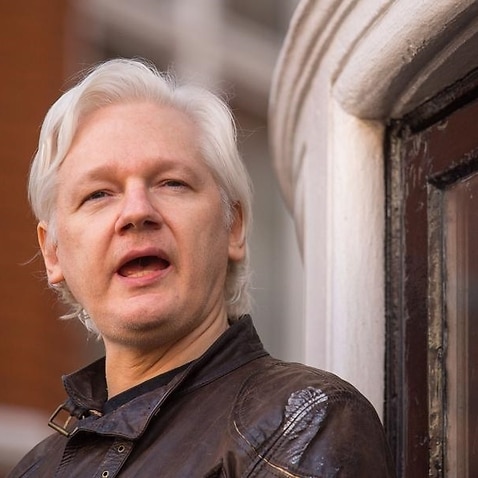 Political figures were also allegedly on the visitor's log, including British politician Nigel Farage and people with links to the Kremlin.
Guatemalan Human Rights and Tech Lawyer Renta Avila said she found reports her visits to Mr Assange were under surveillance concerning.
"The revelations by the @Guardian on #Ecuador spying on @julianassange also mean that all our legal meetings with #BaltasarGarzon, @suigenerisjen @theMTchair and a vast list of lawyers were monitored, even filmed," she tweeted.
The Guardian cites a source claiming Mr Assange at one point circumvented the security network at the embassy to intercept the communications of other embassy staff, and access his own satellite internet service.
In a statement posted on Twitter, Wikileaks denied claims it hacked into embassy satellites. It said the Guardian report does not give Mr Assange a chance to respond, and the organisation will sue.

No, @Guardian, @JulianAssange did not "hack into" embassy
satellites. That's an anonymous libel aligned with the current UK-US government onslaught against Mr. Assange's asylum--while he can't respond. You've gone too far this time. We're suing. https://www.newsweek.com/assange-how-guardian-milked-edward-snowdens-story-323480 …

Twitter Ads info and privacy
Money was also reportedly allocated to a media strategy to improve Mr Assange's image. The bill for the one-year consultancy allegedly amounted to $180,960. The items of expenditure were said to include a joint press conference with Mr Assange and foreign minister Mr Patino, and an opinion piece for the Guardian.
In March, Ecuador suspended Mr Assange's communications after he used social media to discuss issues that could damage's Ecuador's foreign relations with other countries.
READ MORE 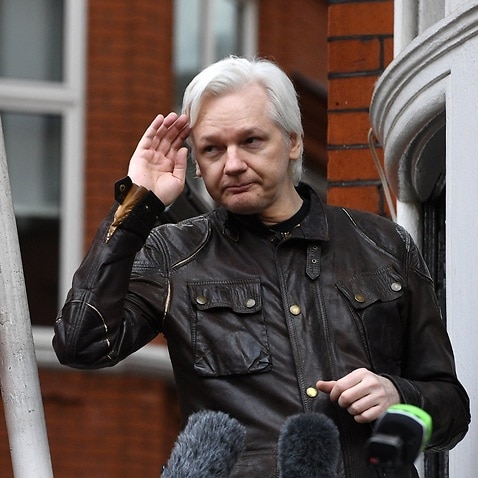 He recently spoke on social media about a diplomatic crisis between Britain and Russia, and about Catalonia, despite warnings by Ecuador to avoid controversial politics.
"The measure was adopted in the face of Assange's failure to comply with a written commitment he assumed with the government at the end of 2017, under which he was obliged not to issue messages that would interfere with other states," the Ecuadorian government said in a statement at the time.
- Additional reporting by Reuter
source: https://www.sbs.com.au/news/wikileaks-vows-to-sue-after-assange-s-colossal-protection-cost-revealed
Posted by butlincat at 3:18 pm