NOVICHOK IS BACK IN WILTSHIRE UK: Novichok poisoning investigated by counter-terror police

An urgent investigation is under way to discover how a British couple have been left critically ill by the nerve agent novichok, the same military grade poison that nearly killed a former Russian spy and his daughter four months ago.
Britain’s top counter-terrorism officer, Neil Basu, announced that expert scientists in chemical warfare at the world famous Porton Down laboratory had established that novichok had caused the collapse in Wiltshire of British nationals Dawn Sturgess, 44, from Salisbury, and Charlie Rowley, 45, of Amesbury.
They were taken ill at their home on Saturday, 8 miles (12km) from the Salisbury home of Sergei Skripal, who sold Russian secrets to Britain, and his daughter Yulia. They were attacked with novichok smeared on to their front door in March. 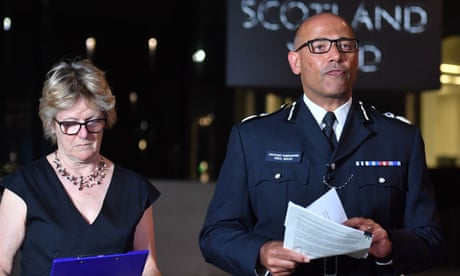 Wiltshire poisoning: what we know so far

Read more
Britain holds Russia responsible for the attack on the Skripals in an incident that led to widespread criticism of the Kremlin and soured relations with the west.
Initially police thought that drugs had caused Sturgess and Rowley’s severe illness. But British security officials said the Porton Down test results on Wednesday showed novichok, developed by the Russian military, was to blame for the poisoning. They believed the danger to the public posed by the highly toxic materials used in March had been cleaned up and had thus passed.
Basu said investigators and scientists did not know how the British couple had been exposed to the nerve agent. Paramedics were first called to a home on Muggleton Road in Amesbury at 10.15am on Saturday after Sturgess collapsed. Five hours later Rowley was taken ill.
They were taken to the Salisbury district hospital where the Skripals were treated.
Basu, an assistant commissioner with the Metropolitan police who leads the police counter-terrorism network said: “From initial assessment it was thought that the two patients had fallen ill after using drugs from a potentially contaminated batch. 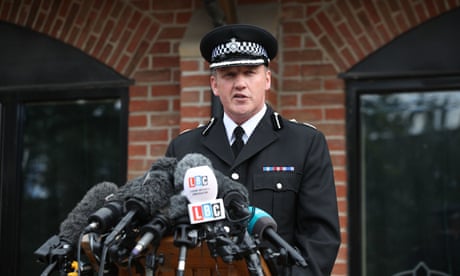 Read more
“However ... due to concerns over the symptoms the man and woman were displaying, samples from both patients were sent to Porton Down laboratory for analysis.
“Following the detailed analysis of these samples, we can confirm that the man and woman have been exposed to the nerve agent novichok, which has been identified as the same nerve agent that contaminated both Yulia and Sergei Skripal.”
Basu said on Wednesday evening that no one else had complained of the symptoms associated with novichok poisoning.
Advertisement
Dr Michelle Carlin, senior lecturer in forensic and analytical chemistry at Northumbria University, said was difficult to speculate whether the couple had been affected by nerve agent from the same source as that used against the Skripals four months ago. “However, if it was from the same source, it is unusual that it has taken four months for someone to be affected by it,” Carlin said.
Throughout Wednesday, after the local Wiltshire police declared a major incident, and while the Porton Down test results were awaited, several sites were cordoned off as a precautionary measure while the couple’s exact movements from around 10pm on Friday were tracked.
Basu said there was nothing in the backgrounds of Sturgess or Rowley that would suggest they would be a target for a deliberate attack – they have no connections to the intelligence or security communities.

Read more
Flanked by the chief medical officer Dame Sally Davies, and amid speculation the British couple had been struck down by sites still contaminated after the attempted assassination of the Skripals, Basu said: “I do want to reassure the public, however, that there is no evidence that either the man or woman recently visited any of the sites that were decontaminated following the attempted murders of Sergei and Yulia Skripal.”
The Wiltshire area will see scores of counter-terrorism investigators and others in protective suits searching for evidence in the days to come. Basu said it would be up to scientists at Porton Down to determine if the British couple were poisoned by the same batch of novichok used against the Skripals: “I appreciate that there will be a great deal of speculation as to whether this incident is linked to the events in Salisbury in March.
“I would add that the complex investigation into the attempted murders of Yulia and Sergei remains ongoing and detectives continue to sift through and assess all the available evidence and are following every possible lead to identify those responsible, for what remains a reckless and barbaric criminal act.
“However, I must say that we are not in a position to say whether the nerve agent was from the same batch that the Skripals were exposed to. The possibility that these two investigations might be linked is clearly a line of enquiry for us.”
Davies said the risk to the public remains low.Home secretary Sajid Javid will chair a meeting of the government criss committee Cobra.
Sam Hobson, 29, a friend of the couple, described how on Saturday morning Sturgess fell ill and was taken to hospital. Later that morning Rowley also became sick.
He said both were in hospital in isolation and he was receiving regular calls from the authorities to check he was well.
Hobson said he and the couple spent time in Queen Elizabeth Gardens on Friday. “We were having a drink and chilling in the sun,” he said.
They visited a number of shops, including a Boots chemist to buy red, white and blue dye for their hair to show their support for the England football team, a mobile phone shop, and a store to buy alcohol. They bought food and visited a charity shop to buy a blanket to sit on.
Hobson visited Rowley’s home in Muggleston Road on Saturday morning. Sturgess, who lives in Salisbury, had spent the night there. “I saw lots of ambulances there and [Sturgess] got taken out on a stretcher. She needed to be helped with her breathing,” Hobson said. Rowley came out in tears. “They said she needed to have a brain scan.”
After she was taken to hospital Hobson and Rowley went to Boots in Amesbury. Later they went to a hog roast at the local baptist church. Both the chemist and the church have been sealed off. Police have also cordoned off Raleigh Garden Green, where the hog roast took place on Saturday afternoon.
Hobson said: “We went back to his place after the hog roast. We were going up to the hospital. Then he started sweating. His T-shirt was soaking wet. He got up and started rocking against the wall. His eyes were wide open and red, his pupils were like pinpricks. He began garbling incoherently and I could tell he was hallucinating. He was making weird noises and acting like a zombie. I phoned an ambulance.”
Advertisement
He said the couple had been together for a few months and neither worked. Hobson said they both also had one child by other partners.
Neighbours expressed alarm at the incident. Amy Ireland, 32, said the estate was packed with firefighters, police and paramedics on Saturday. “We were on our way back from my 10-year-old son’s football presentation. There was a huge commotion. Cordons were set up and people were being moved back,” she said.
“People thought it was a gas leak at first. Now we don’t know what to think. It’s very worrying. My son plays out here on the green. First Salisbury, now this.”
The British investigation into the attack on the Skripals believes the poison was smeared on to the door of the victims’ house no more than 24 hours before they collapsed.
source: https://www.theguardian.com/uk-news/2018/jul/04/wiltshire-couple-poisoned-by-nerve-agent-police-announce-dawn-sturgess-charlie-rowley
related:

http://www.butlincatsblog.com/2018/03/uk-salisbury-spy-attack-alleged-russian.html?spref=tw
Posted by butlincat at 4:47 am