"Poor healthcare in jails is killing inmates says NHS watchdog" [The Guardian 27/10/2018] as Maurice Kirk is denied for 7 days his OMERZAPAROLE medication, and more

Almost half of England’s jails are providing inadequate medical care to inmates, whose health is being damaged by widespread failings, the NHSwatchdog has told MPs in a scathing briefing leaked to the Observer.
Healthcare behind bars is so poor in some prisons that offenders die because staff do not respond properly to medical emergencies, the Care Quality Commission (CQC) says.
Mental health services for the 40% of inmates who have psychological or psychiatric problems are particularly weak, which contributes to self-harming and suicides among prisoners, according to the care regulator’s confidential briefing to the Commons health and social care select committee.
It blames chronic understaffing, problems getting to medical appointments and guards knowing too little about ill health to recognise problems.
The mixture of NHS and private companies that provide healthcare in England’s 113 adult jails and young offender institutions “frequently struggle to deliver safe and effective services”, the commission tells MPs.
However, it adds, this is often “due to issues outside of their control” such as shortages of prison and healthcare staff and the environment of jails not offering suitable space for consultations.
It adds: “In 2017-18 we completed 41 joint prison inspections [with the prisons inspectorate]. We found breaches of [CQC] regulations in 47% (19) of these inspections and took corresponding regulatory action, in some cases against more than one registered provider.”


Read more
The CQC ordered providers to take remedial action because the care offered to inmates was unacceptable in its quality or safety and breached the watchdog’s five fundamental standards that require providers to ensure services are safe, caring, effective, responsive and well led.
The document details a litany of problems including:
• Mental health nurses are unable to assess, care for and treat prisoners because they are too busy responding to inmates having breakdowns or being given drugs.
• Shortages of prison guards to escort them means prisoners are missing out on NHS appointments outside the jail.
• Inspectors frequently find “inadequate mental health awareness among prison staff and their inability to recognise mental health issues and seek appropriate support for prisoners”.
• Incarceration can worsen prisoners’ existing conditions or lead to them developing new problems as a result of “limited exercise and exposure to sunlight (causing vitamin D deficiency), poor diet, illicit drug availability, assault/injury, exposure to communicable diseases, psychological deterioration, self-harm and suicidal ideation”.
• Follow-up inspections frequently reveal “poor progress in achieving the intended improvements”.
The charity Inquest said it was concerned about “repeated failings [by prison healthcare providers] around communication, emergency responses, drugs and wider issues of mental ill health and healthcare provision resulting in death.
“Evidence from our casework, supporting families whose relatives have died in custody, indicates that prisons are unhealthy and unsafe environments. A patient in prison has very little autonomy, control and access to medication and appointments. Prisons, at their core, are environments of toxic, high health risk,” said Rebecca Roberts, its head of policy.
In oral evidence to the committee in July Peter Clarke, England’s chief inspector of prisons, painted a bleak picture of inmates’ health and healthcare provision behind bars. Prisoners’ mental health was suffering because overcrowding means that many thousands do not have a cell to themselves, and cells must serve as living room, dining room, kitchen and toilet.
The illicit drugs trade in jails has led to a toxic mix of violence, fear, debt and bullying for many prisoners, Clarke added. As a result “they self-segregate and self-isolate, and instances of self-harm and suicide tragically flow from that”. Inmates’ inability to get to medical appointments, due to staff shortages, has produced “an inevitable knock-on effect on their health and wellbeing”.
Paul Williams, a Labour member of the select committee, which will publish a report into prisoners’ health next week, said: “In too many prisons a profoundly unhealthy environment and woefully inadequate staffing results in prisoners’ health getting much worse because of their time inside. Missed appointments lead to missed cancers, and severely mentally ill people are kept in cells instead of hospital wards.”
Professor Steve Field, the CQC’s chief inspector of primary medical services and integrated care, added: “During our programme of inspection in partnership with Her Majesty’s Inspectorate of Prisons, we have found some poor care and I have serious concerns that the issues we have found are affecting the health of some the most vulnerable people in society.
“I’m anxious that the issues highlighted in our evidence around mental health provision, staff training, particularly nurse and doctor training and inadequate pharmacist oversight of prescribing are dealt with as a matter of urgency.”
A government spokesperson said: “We are investing tens of millions of pounds extra in prison safety and decency. We are spending an extra £40m to improve safety and tackle the drugs which we know are fuelling violence and healthcare problems, including X-ray scanners and drug-detection dogs. Over 3,500 new prison officers have been recruited in the last two years which will help improve access to healthcare services.”
source:  The Guardian 27/10/2018   https://www.theguardian.com/society/2018/oct/27/prisoners-dying-poor-care-services-prisons-mental-health-care-quality-commission-report 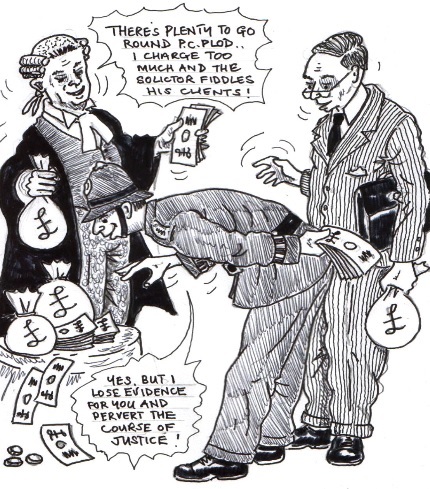 Posted by butlincat at 2:19 am