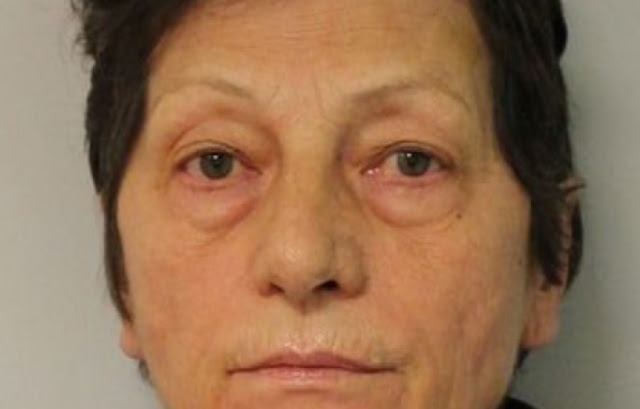 Sabine McNeill, who has been jailed for nine years. Picture: Metropolitan Police

A woman who claimed there was a "satanic child abuse ring" in Hampstead has been jailed for nine years over stalking parents and breaching a restraining order.

Hampstead Underground and the High Street. Picture: Ken Mears
Sabine McNeill, 74, was jailed at Southwark Crown Court on Wednesday. She led a vitriolic campaign claiming children at a school in Hampstead were being subject to child abuse.
She harassed four mothers at the school, who cannot be named due to legal reasons, by claiming they were members of a cult who cooked babies and ate them.
The details were published online, Southwark Crown Court heard, and parents were persecuted for their alleged involvement by McNeill and followers of the conspiracy theory.
A High Court hearing in 2015 found the claims of a satanic child abuse ring to be baseless.
At the trial which ended in December, McNeill, of Goldhurst Terrace, was found guilty of stalking four parents, including publishing their details online, promoting a petition against them, and repeatedly making claims about the sexual abuse online.
She was also found guilty of six counts of breaching a restraining order telling her not to make claims or references about the case, made at a hearing at July 18 2016.
Her breach included leafleting a Church of England general Synod meeting in February with allegations of child abuse.
McNeill was cleared of 11 charges of breaching a restraining order.
She was sentenced to nine years in prison by Judge Sally Cahill.
source:  https://www.hamhigh.co.uk/news/crime-court/nine-years-for-pensioner-who-has-stalked-and-harrassed-mothers-of-children-at-hampstead-school-1-5848299

A pensioner who accused innocent parents of organising a Satanic child abuse cult is facing jail.

Sabine McNeill, 74, claimed she had uncovered devil worship at a primary school in Hampstead, northwest London. She claimed four mothers would ‘drink the blood of babies and then dance around wearing the skulls on parts of their bodies. 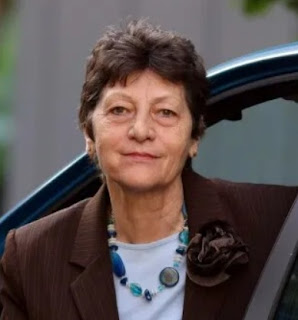 ‘They would put them to sleep by injecting them, slit their throats, cook the babies and eat them,’ she said. ‘The ritual is performed on an upstairs room in McDonald’s on Mondays and Fridays. ‘Sacrifice, blood drinking and babies’ flesh eating occurs on Saturdays. The children are frequently injected and put to sleep, apparently the school nurse is the one who does the injections.’

Her claims were so realistic that a police investigation was launched into the blameless parents. 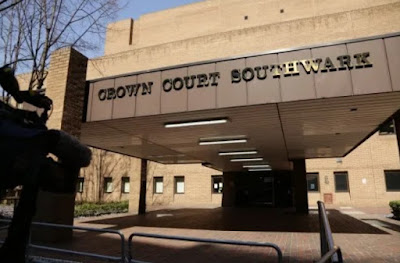 McNeill, described as an ‘online troll of the worst kind’, encouraged people to take direct action against the mothers, Southwark Crown Court heard.

She claimed up to 18 teachers from the primary school were also involved, with cult members carrying out rituals in secret rooms at a Hampstead church. Alleged members included someone who works in Costa Coffee, a solicitor, someone who works in Waitrose, people who work in Hampstead police station, ‘then we have got people from the Royal Free Hospital, social services and finishing up with people from the Brownies,’ the prosecutor said.

She said police initially took the complaints seriously and interviewed the children.

The matter reached the High Court and Mrs Justice Pauffley ruled that the accusations relating to the cult were ‘baseless.’ But recordings of the children’s police interviews surfaced online and McNeill began her campaign to uncover the alleged cult, said Ms Moore. ‘All of this is completely fake and as a result of Ms McNeill’s activities, these woman have had to change their lives drastically – they have had to take their children out of school, they have had to protect their children.’

Jurors heard one parent was forced to install a panic alarm and another was approached by a paedophile online looking to sleep with her child, ‘making her physically sick.’

Describing how McNeill directed the campaign, Ms Moore added: ‘She said online that members of the public should paint dolls of the Barbie variety with red nail polish and send them to business owners in the Hampstead area.’

McNeill, of Goldhurst Terrace, Camden, was convicted of four counts of harassment and six counts of breaching a restraining order and cleared of 11 further charges of breaching a restraining order.
She will be sentenced on December 19. [she received 9 years imprisonment and is at present in HMP Bronzefield...and if you believe much of the above, you need help...ed.].