Regarding this post [below] and other posts I posted from the youtube uploader "Bruce Sees All" - I realise now that everyone was scammed by him! and, thanks to John Lear's recent post from his Fb site, all is explained: 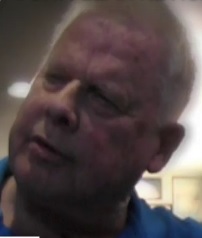 above: x-ray pic of huge object on the moon 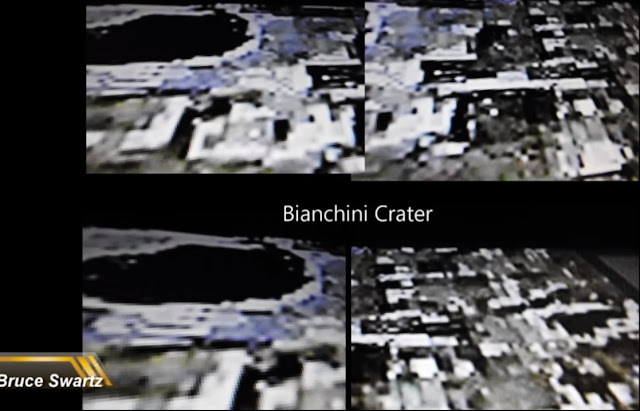 Bianchini is a lunar impact crater that lies along the northern Jura Mountains that ring the Sinus Iridum, in the northwestern part of the near side of the Moon. [from Wikipedia: https://en.wikipedia.org/wiki/Bianchini_(lunar_crater)


The Moon's Colorful Terrain + Close Up's With A 14 inch telescope


..”I Operate A Celestron 1400 HD Computerized 14 inch Telescope with a 38 inch Optical Tube wit the DSLR and Adapter at the back 24 megapixel camera… 3910mm of Focal Length… I caught Asteroids Planetoids, Unknown Planets Meteors Planets Stars and Nebula’s in I have photos I got myself of the Constellations of Orion- Andromeda-Taurus-Virgo-Perseus-Bootes and many more. My technique in lighting and magnification has given me the ground level view of our Moon and exposing all the cities and massive structures on the Moon. Please take the time to view my work it is real. The surface of the Moon is very colorful. I have started a campaign link to raise finds for a bigger telescope to have a free channel on YouTube and to show it all. HEAD TO BRUCESEESALL.COM MY NEW WEBSITE FOR ALL MY ASTRO PHOTOGRAPHY. The Moon Is Inhabited Or Visited Often. I Can See Them.”–Bruce Swartz link to his youtube channel here:  www.youtube.com/user/MrBrucy666/featured

Kerry Cassidy
Kerry Cassidy is the CEO/ Founder of Project Camelot. Kerry is a documentary filmmaker/investigative journalist and well known host of Project Camelot TV broadcasting weekly live shows on Youtube.  PROJECT CAMELOT  http://projectcamelot.tv aka projectcamelotportal.com  –  is a leader in the alternative media sector, with a Youtube channel that has over 58 million unique viewers worldwide and over 200,000 subscribers. Kerry travels the world conducting interviews and documenting the testimony of whistleblowers with above top secret clearances as well as authors, researchers and experiencers covering conspiracies, the secret space program, black projects, ETs, kundalini and ascension and free energy. She speaks at conferences around the world and is considered one of the leaders of the disclosure movement.
http://projectcamelotportal.com
Posted by butlincat at 7:53 am