MACHINE GUN TRIAL TRANSCRIPT (4th Day) Jury all named, Welsh snatch ‘gun’ from English Police, unblock barrel and paint her back to black to fool the jury and me!

Posted on March 5, 2020 by Maurice Kirk
I suggest you read the next day’s wicked conduct unfolding the Cardiff Crown Court.

No wonder the welsh authorities fought ‘tooth and nail’ for 10 years trying to block my exit from prison to obtain the transcript to warn others in Wales as to what really goes on their nasty establishments euphemistically called courts of law and justice! 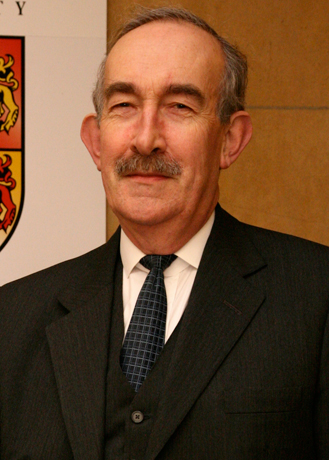 Judge Seys Llewellyn QC of Cardiff County Court repeatedly lied to my face, over the many years, as if I had crawled out from under a stone. He, alone, I was denied a jury of course, struck out even a penny of compensation following some 30 odd failed police failed malicious criminal; prosecutions that were ridiculed in the Cardiff cidvil Justice Centre.I will be publishing shortly those acquittals as well to warn the world of welsh inherent deceit.

Taffy was a Welshman Taffy was a thief, Taffy came to our house and stole a leg of beef


Day 5 will uncover more deliberate lies, as if there have not been enough in the first days of the trial transcript by the presiding judge, Paul Thomas QC, and Richard Thomlow, HM Prosecutor, both frantic to bury the fact that the key prosecution witnesses were interviewed by two English police forces even before the two welsh coppers were to race up the M5 motorway to pick the ‘gun’ from still not the minuimum of three armed officers.
Watch the way the prosecutor and judge also pretended not to know of Home Office manual and the edict handed down only weeks before to all chiefs of police forces that Mr Cooper’s ‘gun’ was EXEMPT along with so many in Old Warden , RAF museum Hendon and 10 other premises so far traced .
Such is the stench I have had to withstand each time I enter a welsh law court over three decades.
source: https://mauricejohnkirk.com/2020/03/05/machine-gun-trial-transcript-4th-day/?fbclid=IwAR3mJnt0hHT56wwa5WaleJjIbXQKRqToN5kamntiZd6c4t1bJJzv2bKkOP8

Posted on March 3, 2020 by Maurice Kirk
As I sit quietly in England publishing the purported Cardiff Crown Court official public transcript of a multi agent machine gun MAPPA conspiracy by, so far, 18 thoroughly corrupt Cardiff judges, I am now bombarded with responses of a level of incredulity meaning I really have to worry still. Does not the UK general public yet know as to what ‘actually goes on in our thoroughly evil British law courts’ driven by avarice?
Wakey wakey, it took me five decades to realise they are designed purely to milk the UK tax payer for many millions by lawyers, not all of them, but those that sold their souls to the devil the moment they had learnt the truth and would do nothing about it.So a message for Sabine Macneill ”

“SAR has errors and confusion obviously, over the 50 years, but the South Wales Police have deliberately blocked today’s information reaching me as it records NO CONVICTIONS for child abuse, firearms, 2nd ABH (1st I caught 4 drug dealers in 0my Bridgwater veterinary surgery in the 70s who ‘got off worse” at 3 in the morning or narcotics related criminal offences CONTRARY to welsh parole and welsh prison records…the bstards., Mary, please make sure Sabine gets this and urgently try and arrange my visit I visit her again this time on my birthday ?

Whereas Metropolitan Police failed criminal allegations on me, surrounding the attempt to prevent 7 Musa Nigerian kids from being snatched into Haringey Council care the SAR reveals a pack of lies as excuses to cover-up for my 4 arrests, in quick succession and one conviction an FTA to bury the lawyer fraud milking the tax payer fraud like Dolmans, solicitors in Cardiff, by Musa parent’s absurdly harsh imprisonment and deportation.
Preliminary Application to Rejoin the Veterinary Profession
FAO British Veterinary Profession 4th March 2020
Mansfield Street London
Dear Madam,
INTO AFRICA
1. Further to our conversation a few minutes ago and as a BVA member could someone, please, with ‘mileage’, give me advise as to my immediate actions for best way forward in order to have my name restored to the veterinary register as soon as possible.
2.  Work experience is requested by this ex member’s ‘career break’ when I was  originally the Principle for the Barry Veterinary Hospital , Vale of Glamorgan, South Wales,  UK. I have been asked to return to both Kenya, South Sudan and many points south in order to help in the appalling local conditions now causing a rapid decline in their so diverse indigenous wildlife species.

3.  It has taken, with a lot of help from both my family and friends, almost  two decades to uncover and gather together the evidence that the South Wales Police had so maliciously placed before the Disciplinary Committee in 2002. The three South Wales chief constables’ fifty odd failed malicious criminal prosecutions culminated, in a T20097445 jury trial acquittal, that I had been ‘trading in machine guns’! When doomed for failure those in ‘authority further fabricated  that I had ‘significant brain damage’ to warrant my indefinite incarceration in Ashworth’s high security psychiatric hospital.
4.  When that evidence, after my first having to serve almost five years in prison to get it, was finally uncovered the huge multi million pound damages claims between adversaries, milked by Dolmans, solicitors, our current chief constable authorised, as the Defendant, in a dozen or so of my civil claims, caused fabrication of still more criminal convictions (when and where is still undisclosed, of course) in order to affect my time in a prison completely unprotected. These mysterious ‘convictions’ of ‘child abuse’, ‘firearms’, ‘ABH’, ‘FTA’ and ‘narcotics’ (cultivation, distribution and own use) I now understand  were falsified as false Caswell Clinic medical records had only recently been obtained by G4S, again by blackmail originally by Chief Constable, Barbara Wilding.
5.  My current difficulty with the Royal College of Veterinary Surgeons, therefore, is that I had my name removed from the register due to no dishonesty or animal incident but purely, as the then HM Privy Council members, Lord Justice Hoffman QC with Lady Justice Hale and another, had stated in their judgement, my problem was only with people, ie ‘authority’, by name, meaning the Wales  judiciary with its agents including its police force and HM Prison Parole Servic
6.  Unlike as in England, Northern Ireland or Scotland the welsh authorities hold a completely different ‘interpretation’ on aspects of our UK’s ‘rule of law’. This contradicts and ridicules, in my particular case, Articles 3, 4.5,6 7,8 and 10 while CPR Disclosure (civil and criminal) of the facts is ignored in order to withhold  MG6D, PPI and MAPPA 3/3 evidence that, alone, would have quashed my current predicament well in my favour and  if ever  revealed would cause a large number in welsh ‘authority’ being gaoled.
Thankyou.
source: https://mauricejohnkirk.com/2020/03/03/welsh-liars-welsh-bloody-liars/ 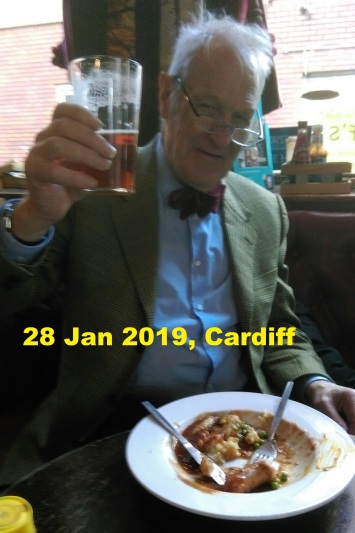 Posted by butlincat at 5:47 am