#FreeAssange: Watch: “The War on Journalism: The Case of Julian Assange” – a film by Joe Pessarelli – Stop the War Coalition

New Zealand investigative journalist Nicky Hager testified in Julian Assange’s extradition hearing yesterday morning. Hager has extensive experience in reporting imperialist violence and intrigue. In 2017, he released the book Hit and Run with co-author Jon Stephenson exposing the killing of civilians by New Zealand and United States forces in Afghanistan. He worked with WikiLeaks in the release of US diplomatic cables from November 2010 and made use of other releases in his writing.

Hager explained that serious journalists routinely make use of classified materials when reporting on conflicts and potential state crimes. This, he said, was “generally impossible … without access to sources that the authorities concerned regard as sensitive and out of bounds. Consequently, information marked as classified is essential to allow journalism to perform its role in informing people about war, enabling democratic decision making and deterring wrongdoing.”

The Iraq and Afghanistan war logs and US embassy cables obtained by WikiLeaks, Hager said, were documents “of the highest public interest—some of the most important material I have ever used in my life.” Referring to the “Collateral Murder” video, which District Judge Vanessa Baraitser intervened to stop him describing in full, he said, “After the shooting, the pilot and the co-pilot were heard saying ‘Look at those dead bastards,’ with the other replying ‘Nice’ … My belief is … the publication of that video and those words was the equivalent of the death of George Floyd and his words ‘I can’t breathe.’ They had a profound effect on public opinion in the world.” 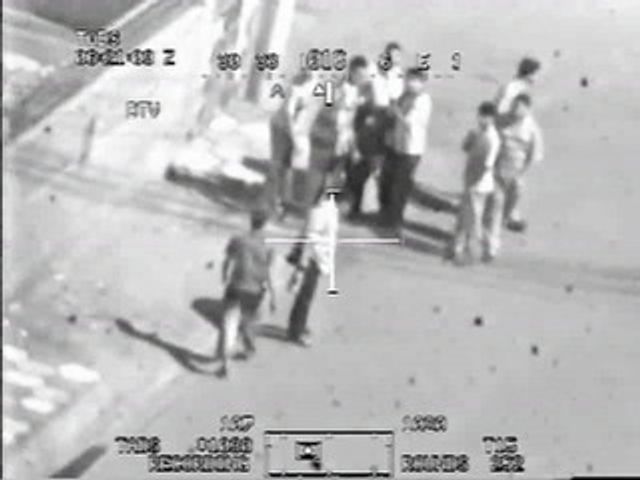 Prosecution lawyer James Lewis QC began his cross-examination in the usual way by insisting that Assange was not being charged in connection with the “Collateral Murder” video. Hager responded, “The way that information has an effect on the world through the news, media and public debate is not in a neat, segmented way like what might happen in a courtroom. … The war diaries and the embassy cables and the Guantanamo material and the Apache [helicopter gunship video] affect the world as a whole and not divisible parts.”

When Lewis asked a series of questions about whether Hager would “conspire” with a source, he said the question was “based on a fundamental misunderstanding of the work that someone like me does … we work with people who in most cases are breaking the law when they help us. We have to talk through with them how they can look after themselves.”

Following Hager’s testimony, defence lawyer Florence Iveson read a summary of a statement submitted by Assange lawyer Jennifer Robinson. She described being present at a meeting between Assange, Donald Trump associate Charles Johnson and Congressman Dana Rohrabacher in August 2017, arranged at the latter’s request. According to Robinson, they claimed to be acting on President Trump’s authority and presented Assange with a “win-win solution.” If Assange would name his source for the 2016 US election leaks on the Democratic Party, Assange would be offered a pardon, assurance or agreement. Assange refused to give any information and Rohrabacher returned to the US promising to discuss the matter with the president.

The prosecution responded briefly that they accepted Robinson’s report as true, but not the claims of Rohrabacher and Johnson to be representing Trump.

An exchange between the two legal teams and the judge then followed over whether the next witness, Khalid El-Masri, would have to be produced in court or simply have his written statement summarised by the defence.

El-Masri, a German citizen, was falsely identified as a terrorist while travelling in Macedonia in 2004, handed over to the CIA and taken to a “black site” in Afghanistan, where he was imprisoned and tortured for five months until being released without an apology. He brought a successful case in the European Court of Human Rights (ECHR) in 2012 and is now pursuing a case against the US through the International Criminal Court.

It was ultimately agreed that El-Masri would not be produced to testify. Assange interjected, "I refuse to allow the censorship of a victim of torture in this court." He was again talked over and silenced by Baraitser. The WikiLeaks founder called a halt when his lawyer Mark Summers QC began to summarise El-Masri’s statement and asked for time to instruct his representatives.

When court resumed, Summers described how El-Masri was, in his own words, “beaten, shackled, hooded, sodomised … given anaesthetic and rendered unconscious” by the CIA and then flown to Afghanistan, where he was “held in a concrete cell, naked, humiliated, with a bucket for a toilet” and interrogated. When he was finally released, he was flown to Albania, “driven up a mountain road and told to get out.”

Back in Germany, he sought justice for what had happened. “Governments, both his own and those who he perceived as being responsible for what had happened to him, sought to discredit him and his account, to silence him.” When an international arrest warrant was finally issued by the Munich state prosecutor for the CIA rendition team, that warrant was not executed. “It became clear in 2010-2011 when WikiLeaks published the cables that pressures had been placed on Germany by the US not to give effect to that arrest warrant.” The cables were relied on in his case in the ECHR in 2012, which he won.

In the afternoon, cross-examination of US constitutional law scholar Carey Shenkman continued on the Espionage Act’s use against Assange. The previous day Shenkman had told the court, “I never thought, based on history, we’d see an indictment that looked like this,” describing the charges as “truly extraordinary”.

However, Shenkman’s written testimony sworn in the previous day had located the “Assange precedent” amid a ferocious assault on First Amendment rights to free speech and freedom of the press under both the Obama and Trump administrations. It explained, “More Espionage Act prosecutions of media sources under the administration of President Barack Obama were initiated than under all previous administrations combined. These prosecutions included cases against Thomas Drake, Shamai Leibowitz, Stephen Kim, Chelsea Manning, Donald Sachtleben, Jeffrey Stirling, John Kiriakou and Edward Snowden. These defendants are prevented from arguing that their disclosures were made in the public interest or to expose corruption, fraud, or war crimes.”

In court on Thursday, barrister Clair Dobbin for the US government had referred to statements by Assange’s US lawyer, the late Michael Rattner, in 2013, that Obama’s Department of Justice was “going after WikiLeaks in spades”. 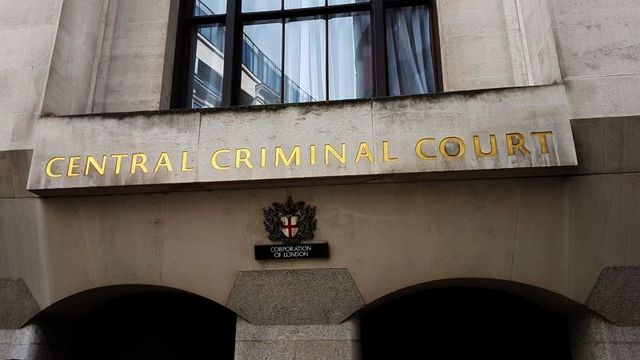 The Old Bailey where Assange is being tried

“What has changed?” Dobbin asked Shenkman, challenging the defence’s case that Obama had decided not to prosecute.

Lawyers for the US government have repeatedly argued that Obama’s Department of Justice made no decision to suspend prosecution, pointing to an ongoing grand jury investigation against Assange.

What is clear from Shenkman’s own testimony, is that the Trump administration built on Obama’s repressive political legacy, prosecuting disclosures of national security information “more aggressively than any president in US history” (Shenkman), having already exceeded the number of Obama-era prosecutions in the space of just one term.

Yesterday’s cross-examination centred on the scope of the Espionage Act, with US prosecutors making clear that journalists and media outlets are now a legitimate target—especially those which are deemed “non-conventional.”

Responding to Shenkman’s brief review of Espionage Act threats against media organisations for publishing secrets—under the presidencies of Roosevelt, Truman, Nixon, Ford and George H.W. Bush—Dobbin said, “In the cases that you cite, they are almost all examples of publishers in the conventional sense. In other words, serious news outlets employing serious national defence journalists?”

Shenkman replied, “No, Beacon Press [investigated for publishing the Pentagon Papers] was the publishing arm of the Unitarian Universalist Association. These were often not mainstream news outlets at all. They were often outlets that had political views that were perceived to be contrary to the administration or that were exposing secrets or policies, that were deemed an opposition to prevailing policies.”

The Truman administration’s espionage case against Amerasia, “a tiny, niche journal with a subscription of less than 2,000 individuals,” was similarly politically motivated. It published documents leaked by China experts in the US State Department who were critical of US policy toward China after World War II. “The high-ups in the State Department, as it came out later, were furious with this and for political reasons … they brought forward a conspiracy Espionage Act case.”

Shenkman responded forthrightly to Dobbin’s suggestion that only “serious news outlets” should be exempt from prosecutions under the Espionage Act, insisting, “The First Amendment doesn’t make any such distinction”.

Shenkman rejected Dobbin’s claims that WikiLeaks was being charged for conduct that was fundamentally different from those earlier publications he had cited. For example, Amerasia’s editors and journalists were alleged to have “conspired to obtain and publish documents with insider sources” and Beacon Press published the Pentagon Papers “because they wanted a library of information to be available to the public, to scholars … which in my view is a precursor to the type of philosophy behind WikiLeaks.”

Pointing to the targeting of WikiLeaks, Shenkman asked, “Is there a legal principle to limit the application of this law … or is it a political limitation, because based on my reading of the indictment, it’s all political.”

Yates recalled, “Suddenly loud wailing broke out near the back of our office. I still remember the anguished face of the Iraqi colleague who burst through the door. Another colleague translated: Namir and Saeed have been killed.”

Yates described how this unprovoked murder of civilians—Namir was a photographer and Saeed a respected driver/fixer—was described by the US military: “There is no question that Coalition forces were engaged in combat operations against an insurgent force.”

As Fitzgerald read from Yates’ statement, Baraitser interjected repeatedly, claiming his account was irrelevant to proceedings. Throughout the hearing, US prosecutors have claimed the “Collateral Murder” video is not part of their case against Assange. But as Fitzgerald argued, after taking instruction from his client, the “Collateral Murder” video is connected “indivisibly” from the Iraq Rules of Engagement published by WikiLeaks and named in the US indictment. It was on the basis of these Rules of Engagement that Apache’s crew member “Crazy Horse 1-8” fired on civilians, leaving 18 dead and horrifically injuring two children.

The hearing continues on Monday.